Why is a basketball quarter 12 minutes? The birth of the NBA has always seen four, twelve-minute quarters in their league. Taking the foundation of the basketball rules seen in college prior to the birth of the league, the NBA decided that 12 minute quarters was the perfect amount of time for a basketball game to last just over 2 hours. They determined this was the ideal amount of time for a paying spectator to enjoy a professional basketball game.

Not all leagues are created equal, you can say the NBA created its own identity going against the grain of how basketball games were supposed to be played at that time. Basketball was two halves of 15 to 20 minutes of play. Let’s take a further look at why the NBA took this approach.

A Brief History of Basketball and Its Rules 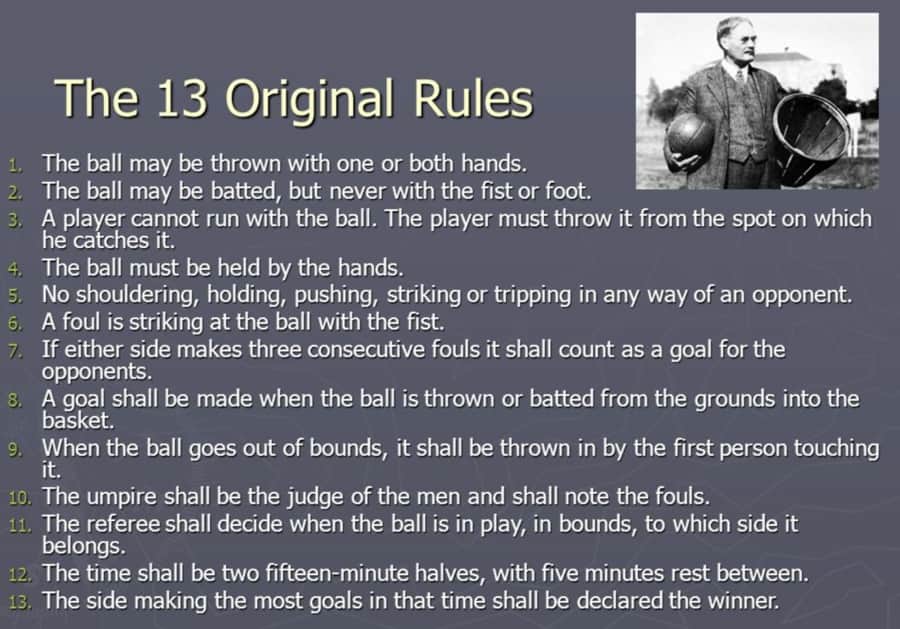 One of the original rules was Naismith implemented two fifteen-minute halves per game as you would see in a college game. The college game was original played this way but ultimately it was changed to two twenty-minute halves. Basketball would evolve, players were getting better and more points were being scored, the change was needed.

The NBA has always used 12 minute quarters during games, and it is believed that this was the perfect amount of time for spectators and basketball teams to go head to head in competitive play. During that time teams were playing 6o game season.

The American Basketball Association is also known as the ABA was founded in 1967 and used the same quarter length of 12 minutes as the NBA did. In 1976 the ABA would merge with the NBA. The rules of the NBA were very similar to the rules of the ABA so players didn’t have any difficult time adjusting.

Fun Fact: The ABA had already implemented a three-point line in their league in which the NBA had not done so as of yet. When the two leagues merged it was until 3 years later in 1979 the NBA would introduce the line. It was the same distance as it was now 23 feet and 9 inches but known as the 25  footer. 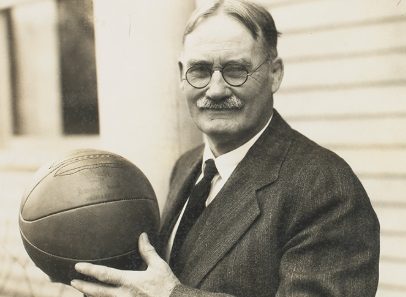 So why are Basketball Quarter’s Exactly 12 minutes?

Originally when the league was created with very little time to spare, the NBA took the college game as the foundation of their rules. College basketball was successful then and still is now. Although college basketball would move from 15-minute halves to 20-minutes which seemed to be a much better format.

Quoted by the NBA.com Why 12 Minute Quarters?

I think it’s important to note that the NBA wanted to create its own identity of being a professional basketball league. So what they found is a college game is too short for a paying spectator. They would decide to create 4 quarters instead of 2 halves at 12 minutes apiece and found that this would give the average fan 2 hours to 2 and a half hours of watch time. So fans could surely get their money worth.

Hypothetically making the quarters a minute longer or 3 minutes longer adds a significant amount of time to the game. If we were to add 3 minutes making each quarter an even 15 minutes, we are looking at an extra 12 minutes of action that almost an extra quarter to each game. If we added the bare minimum of 1 minute extra each quarter making it 13 minutes a quarter we are still looking at 4 extra minutes a game which is almost equivalent to playing overtime each game. We all know how tired players get when the game goes into overtime.

I really believe the NBA should cut down on the number of games a team will play in a season. 82 games is a lot and more than ever players are getting injured at a higher rate. Players are stronger and more explosive than ever but more injuries as the result. Like driving a car the more you drive the likely you are to get into an accident.

Though besides the games it almost feels like the NBA nailed it with 12 minutes a quarter, seems to be the perfect amount of time to satisfying viewership and minutes a player can withstand for peak performance.

The ABA when it came onto the scene in 1967 followed the NBA’s, four 12 minute quarters. Imagery is the best form of flattery. It is quite interesting that they didn’t go a different route to separate themself from the competition. They did have the three-point line which the NBA did not which drew crowds to the ABA because of it.

Many people often refer to a basketball quarter as a period. But most basketball fans refer to them as quarters because it’s obvious. It’s like a Math problem involving fractions, if we take a game and it is broken down into four quarters, that’s a whole. If it is half time during the then 2/4 of the game is done has been played or one half. 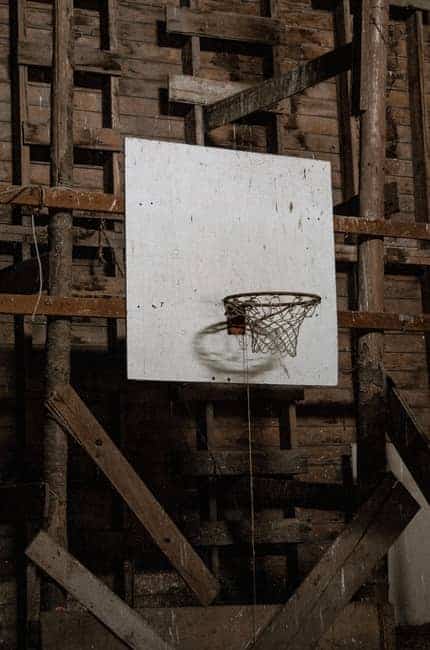 The Ratio of Fouls to Minutes

In any basketball league except the NBA, you will find that if a player commits 5 fouls then he/she is fouled out and will have to sit the remainder of the game on the bench unable to return. If you divide 5 into 40 minutes of basketball game time. A player will have a foul to give for every 8 minutes of game time. FIBA, NCAA, and even some high school basketball States in the U.S.A. run on 10 minutes a quarter or 20-minute halves, totaling 40 minutes of game time. The exception of this ratio is that most high school may run 8 minute quarters.

The NBA rules for fouls are if a player commits 6 fouls they will be fouled out and have to sit the remainder of the game. If you divide 6 into 48 minutes you also get one foul for every 8 minutes of play. This is why the NBA upped their foul count to 6 instead of 5 or else you would have a lot more players fouling out quite quickly. 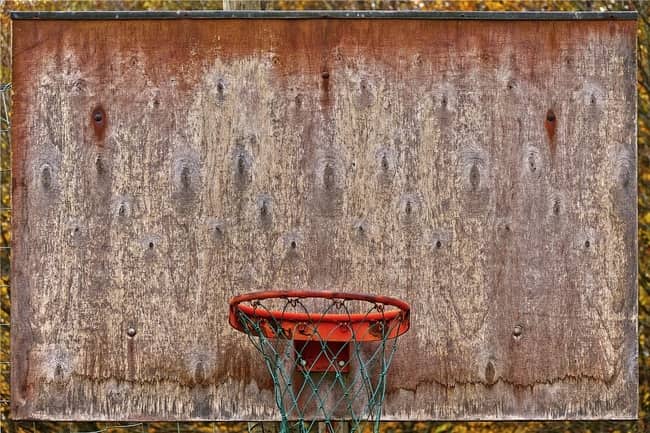 Is the NBA the only league with 12 minute quarters?

The NBA and the WNBA are the only leagues that govern four 12 minute quarters. Leagues like high school and FIBA, have four quarters but are only 10 minutes each. It does seem as if FIBA will one day follow suit with the NBA. The Olympics and World Cup of Basketball use FIBA rules and their quarters are still 10 minutes during international play.

One thing to keep in mind is that if the NBA did go to 10 minutes a game the league would suffer a dramatic drop in scoring. We’re talking 8 extra minutes of less action, that’s almost a whole quarter. You would also see much fewer players playing on the court. Coaches could easily get away with playing 7 to 8 players a game with their superstars playing practically the whole game. Many more games would be close in nature also. The reverse would be true in Europe or where they use FIBA rules.

How long are breaks between quarters?

Breaks between quarters 1 and 2 or 3 and 4 are 130 seconds of rest or just over 2 minutes, this also includes between the 4th quarter and overtime. Halftime in the NBA is 15 minutes.

Breaks between quarters 1 and 2 or 3 and 4 are 120 seconds of rest or 2 minutes, this also includes between the 4th quarter and overtime. Halftime in FIBA is 15 minutes.

The NCAA takes a 15-minute break in between halves. There are no rests between quarters because there are none. 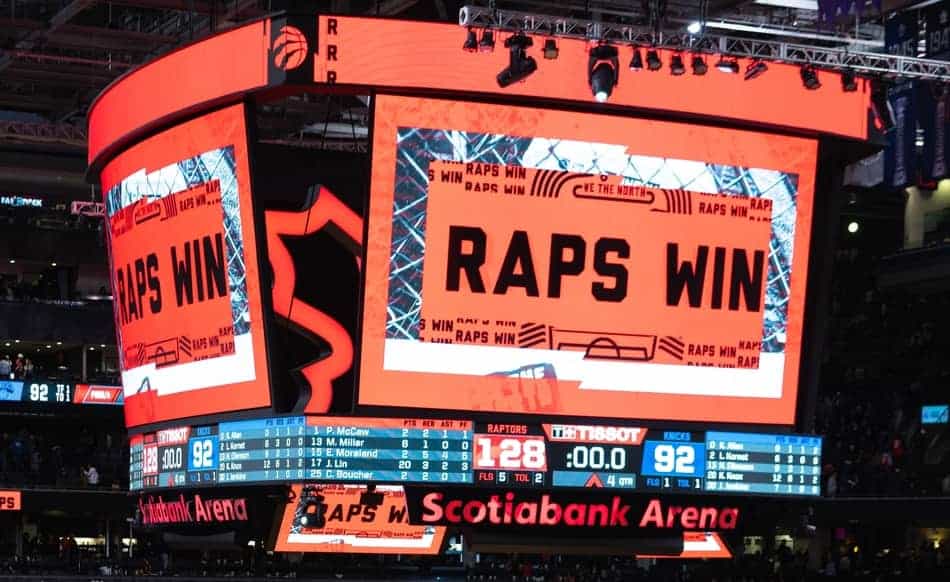 Why are NBA games four quarters of twelve minutes instead of fifteen, like in the NFL?

The NFL runs fifteen-minute quarters but their games take a total of 3 hours. They have a different set of players on offense and defense which allows the players to play this long. If players were playing both side of the field, this would be a different story and make for a shorter game.

Because the NFL plays once a week they can get away with this format, and it works quite well for the league. If the NBA switched to this format the game would run the same length of three hours and would make for to long a game for basketball. Even when a NBA game goes into overtime the total time of the game still does not reach 3 hours.