So we know how the NBA works as far as possession goes at the beginning of each quarter, but what about other leagues such as high school, college, and FIBA are the rules the same for overtime also? Let’s take a look. 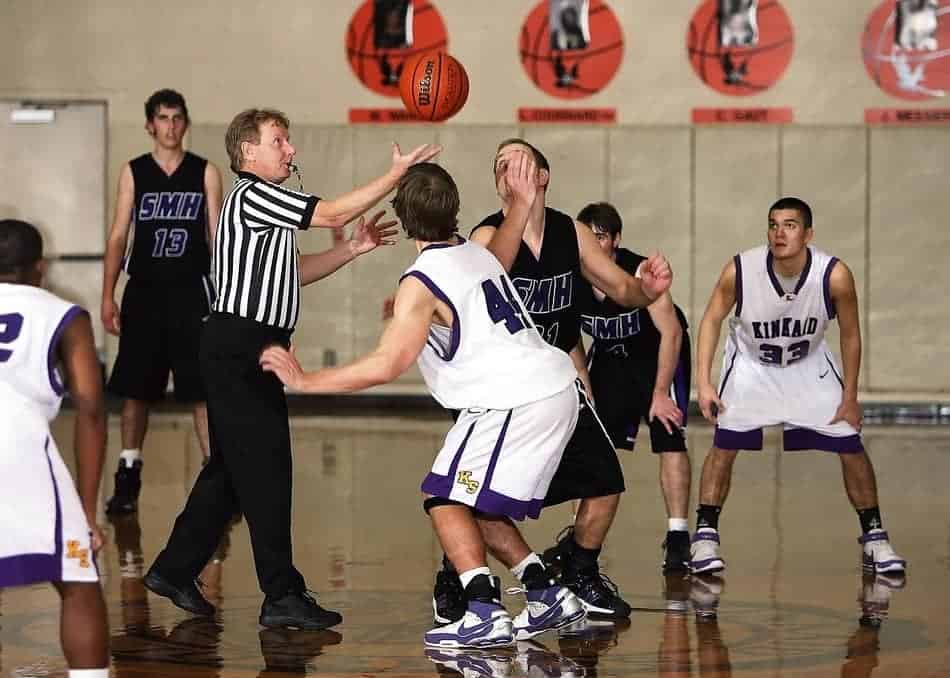 For example, if we use Team A and Team B, It would look like this; Team A won the tip, it then goes Team B at the start of quarter 2 and quarter 3, while Team A would get the ball at the beginning of the 4th quarter.

What is the possession arrow?

Before we move forward and discuss the other leagues and levels of basketball, let’s take a look at what the possession arrow is and how it works in basketball. This is important so that we understand who gets possession of the ball at the beginning of a quarter or half.

The possession arrow is located at the scorer’s table and is an arrow that points to a team. The team that has the arrow pointing at their bench gets possession of a dead or jump ball. Referees are human and there are questionable calls that happen during a game that could be decided either way. This is an easy way to determine who gets the ball without the need to slow down the game. This is why the possession arrow exists.

To make this easy to understand, the possession arrow works as follows; the team that wins the tip-off has the basketball therefore the arrow would point to the opposite team. Any time there is a tie-up between two players fighting for the ball, a jump ball or the basketball went out of bounds but the referees are unsure who touched it last, it will go to the possession arrow. Whichever bench the arrow is pointing to is that team’s ball.

At all 3 levels of play each of which has different rules to govern their basketball games. The alternating possession is used with the arrow. The way that the possession is determined at the beginning of the quarter is whichever team has the possession arrow pointed to their bench receives the ball at the start of the quarter. The arrow immediately switches to the opposing team when the ball is inbounded.

The only difference between the rule books of these 3 levels of basketball is overtime and this is how it works.

The winner of the tipoff gets rewarded with the ball while the team that lost the tipoff gets the arrow and will receive the basketball when there is an alternating possession due to a jump ball situation.

In FIBA it is a little different than the NBA, College, and High School. The way overtime works for which team gets the basketball is not by a jump ball but by the alternating arrow. So the team with the arrow gets the basketball at the start of overtime while the arrow is switched immediately to the opposing team, just as it’s done at the beginning of the quarter or half.

link to Are NBA Players Allowed to Swear? Answered!

Profanity, sometimes it is a way for players to express themselves on the court and make them feel better temporarily when they make an error is. F***, S***, Wtf are all used in basketball...

Continue Reading
link to Why A Basketball Quarter Is Exactly 12 Minutes Explained!