When it comes to the rules of basketball it can be very confusing, for example, the rules of the NBA are different from the rules of NCAA and the rules of FIBA. Each has its differences in its rules that can make it confusing. To add to that pickup basketball has its own set rules depending on what court you play. One such rule that has everyone disagreeing on the basketball court is if you are allowed to catch your own air-ball…

Can you rebound your own air-ball in basketball? In the NBA you can not rebound your own airball, this would be considered a travel violation. Though in high school, NCAA and  FIBA ruled leagues you may rebound your own air ball as long as it was a shot attempt. This will be the judgment call for the official to make. In pickup basketball most often the rule may or may not allow for a player to rebound their own airball depending on what court you are playing on. This can be the cause of many arguments.

So, this rule will be further examined and once and for all it will be put to rest. There will be no more second-guessing any longer, the hardest part will be to convince your competition. 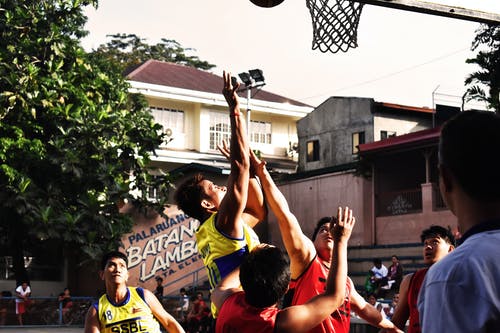 This is one of the most misunderstood rules in basketball. Even on the internet where you can find the answers to almost everything, it’s actually wrong. The internet always wins, I guess not with this rule. Many people think that as long as it is a shot attempt or looks like a legitimate shot attempt then your exempt from a violation being called and you and you’re free to grab your own rebound. This is only half true.

Let’s take a look at the most popular leagues and their rule books and see what they have to say.

The NBA plays by their own set of rules, and it basically states in their rule book that no player should attempt to rebound their own shot if it has not touched the backboard, rim, or a player. This would be a violation and a turnover in possession.

So the NBA does not allow you to rebound your own air ball. 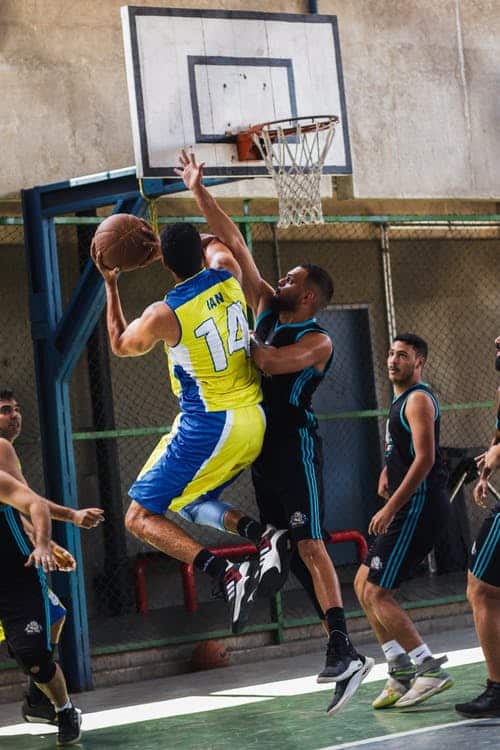 I have this wall of text and I apologize but nowhere in the rules says you can’t rebound your own air ball. This will allow you to do so, but realistically no one is thinking of missing a shot entirely on purpose in order to gain an advantage on their second shot to make the basket.

Much like high school the rules are the same in fact, you are able to shoot the shot airball it and even it is in the air you can catch it before it hits the ground and it is still considered a shot attempt. This is considered a new shot possession and you means you can dribble or shoot again.

In college basketball, the rule allows you to airball your own missed shot.

These rules are the same as per high school and College basketball and again allow for you to retrieve your own air ball before anyone else does.

15.1.2 The act of shooting on a shot:
• Begins when the player starts, in the judgement of a referee, to move the ball
upwards towards the opponents’ basket.
• Ends when the ball has left the player’s hand(s), or if an entirely new act of
shooting is made and, in case of an airborne shooter, both feet have returned to
the floor.

15.1.3 The act of shooting in a continuous movement on drives to the basket or other moving
shots:
• Begins when the ball has come to rest in the player’s hand(s), upon completion
of a dribble or a catch in the air and the player starts, in the judgment of the
referee, the shooting motion preceding the release of the ball for a field goal.
• Ends when the ball has left the player’s hand(s), or if an entirely new act of
shooting is made and, in case of an airborne shooter, both feet have returned to
the floor.

FIBA rules also allow you to rebound your own missed shot. 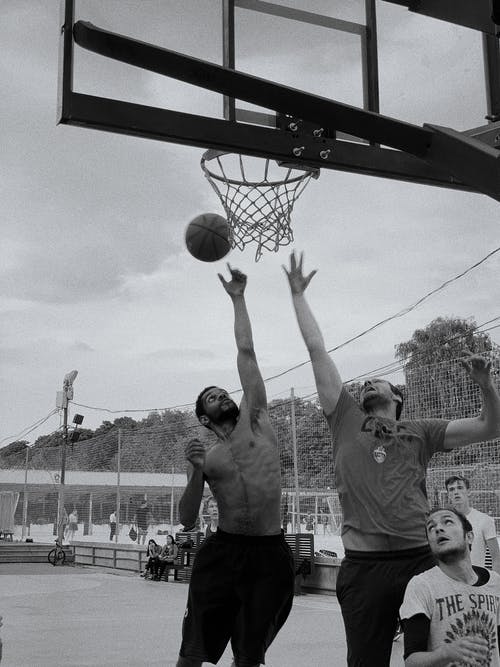 Rebounding your own Airball in pick up basketball

This rule alone is the cause of arguments, fights, and wasted time. It happens often enough that you would think that someone would get it right. But think about it’s like this. Someone shoots an air ball recovers their shot and then scores. Now depending on what team you are on you will either say the basket is legal or isn’t legal or side with the person arguing for your team’s benefit.

Players either play one way or another with this ruling but most often than not most have no idea what the actual rule is. Are you playing NBA rules or College rules or a mixture of both? A pickup game is much like an NBA game if you ask me when it comes to non-calls for certain rules. A pickup game would allow for someone to intentionally shoot an airball on purpose in order to win the game.

Can you Rebound your own missed shot off the backboard?

Yes, In high school, FIBA and NCAA. But in the NBA it can not be intentional unless you immediately go back to layup or dunk etc. Check out below.

Is it an air ball if it hits the net?

In the NBA it would be an airball if it only hit the net, in all other leagues it would be legal as long as it was a legitimate shot that was taken approved by the referee. This approval is usually a no call.

When they do happen Air balls are in fact turnovers, they are travels in the rule book that is a vioaltion that results in a change of possession to the opposing team.

link to How Long Is A Basketball Game? Quick Look

Continue Reading
link to What Is A Loose Ball Foul? With Examples

When there is a loose ball on the court and players are trying to take possession of it we often see a foul called even though no one really had control of the ball. As spectators, we tend to...