California is the third-largest state in the U.S. that is made of several major cities with almost 40 million people. Sacramento, San Diego, San Jose, San Francisco, and Los Angeles have populations of more than 500 thousand people each. With so many cities in one state people often wonder if there really is a need for two NBA basketball teams in Los Angeles.

Why does Los Angeles have two NBA basketball Teams? Los Angeles is the second-largest populated city in the country with almost 4 million people. When you compare the population with each team in the NBA to their respective cities, Los Angeles can more than handle two teams in one city. This does not include the surrounding metropolitan area of Los Angeles.

Many teams in the NBA have less than 1 million people living in their respective cities, but why and how did the city of L.A. manage to convince the NBA to move a team already in California doing just fine.

How did Los Angeles end up with two NBA teams?

With the Los Angeles Lakers already present in LA in 1960, it was in 1981, Donald Sterling became the owner of the Clippers and moved the team after a few seasons in 1984 against the NBA’s approval. The League took action against Sterling but could only fine him for the relocation of the team now known as the Los Angeles Clippers. Los Angeles is big enough city to easily house two teams. The surrounding metropolitan area of L.A. has a population of 18 million people.

History of the Teams Relocation

The following year the two best basketball leagues the NBL and the BAA merged where the Minneapolis Lakers led by George Mikan won the next 5 of 6 championships. After Mikan’s retirement, the team soon started to struggle financially having a difficult time putting fans in the seats. In 1961 the team was relocated to Los Angeles for the 1960-61 season by Bob Short.

Before the Clippers arrived in LA the team was known as the Buffalo Braves founded in 1970. The team was led by Hall of Famer Bob McAdoo, and would later be sold and relocated due to conflicts with having another basketball team in the same league and city. The Buffalo Braves played until 1978 then relocated to San Diego, California changing their name and image, now known as the San Diego Clippers after the sailing ships in San Diego Bay. In 1984 the team was again relocated to LA and play in the same arena in the Staples Center with the Los Angeles Lakers.

How many basketball teams does California have in the NBA?

Los Angelas Lakers – Arrived in California in 1961 from the Minneapolis Laker.

Los Angelas Clippers – Arrived in California in 1970, previously known as the Buffalo Braves.

Golden State Warriors – Founded in 1946 in Philadelphia moved to the San Francisco Bay area in 1962.

Sacramento Kings – Known as the Kansas City Kings they moved to Sacramento in 1985. 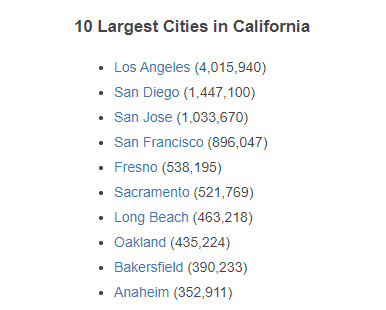