The NBA is a very fast-paced game and more and more players are losing weight to keep up with the game and trying to get an advantage. The skinnier you are while maintaining your strength the more power you will be able to produce on the court. But there are misconceptions as to why NBA players have skinny legs?

Why Do NBA Players Have Skinny Legs? NBA players have skinny legs because the average NBA player is 6 foot 7 inches tall with really long limbs. Genetics play a major role in how big or strong a muscle can be while also factoring in the way basketball players train and the amount of running in a basketball game these athletes body types are made for the game.

Although NBA athletes suffer from the skinny leg syndrome they are far from weak when it comes to being able to run and jump. Athletes that are taller in nature will have a heck of a time trying to squat all the way down and up to build leg strength which can be challenging but have enough reactive strength in the lower legs to propel them high above the rim. The trade-offs I guess? 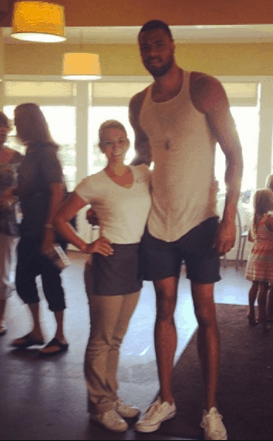 Why Do NBA Players Have Skinny Legs?

You might think the reason for NBA players with skinny legs is that they run during a game and all that cardio is the reason why they are so skinny. That is actually further from the truth. Most of what an athlete looks like such as height, body shape and structure has to with genetics. 9.9 times out of ten and the NBA player’s mom or dad will have either parent way above average in height.

No different is the makeup of the Athlete and their lower legs. Tall athletes, in general, have less meat on their body because just like us average people they need to eat a whole lot more than we do and this can be challenging at times especially when it comes to being a professional athlete.

NBA players have long limbs and skinnier legs, it really makes sense. But what also makes sense is the appearance that may give off the illusion that NBA players have skinnier legs but it could be that their upper bodies are a lot bigger making it look like they have skipped leg day for most of their life. They could in fact have big legs if measured but the upper body offsets it making it look smaller.

African American’s make up 75 percent of players in the National Basketball League while most have long lower legs due to their height with a long Achilles tendon with high muscular calves that are not very big. But with this type of build, these athletes have an advantage because of their reactive strength. The long lower legs, transfer energy well, giving them an athletic advantage. You will see athletes who can jump out of the gym but can’t squat half their body weight. Think of the Achilles tendon as a rubber band load it and let go, this is similar to how the lower leg expels energy.

Just look around on the playground or in the NBA it is no wonder there is 75 percent of African Americans in the NBA. Regardless of race or color, the NBA league in my opinion is more athletic and exciting than it has ever been.

Can a person body type dictate what sport they would play, I think it plays a role. Tall people play basketball and volleyball. Stockey and strong play football. Toothless people play hockey…??? While all kidding aside it is not the definitive answer. 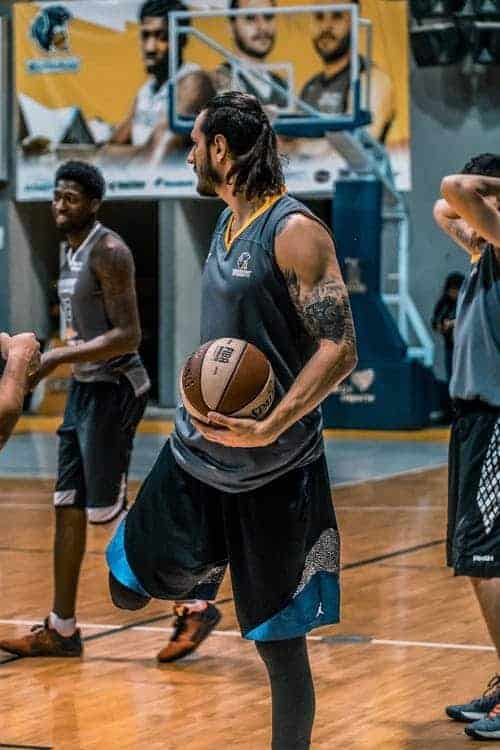 Do NBA players shave their legs?

There are some players who do and others who don’t, whatever the preference the old saying goes if you look good you play well.

Does basketball make your legs bigger?

Playing basketball, in general, would not make your leg muscles bigger. Basketball is an aerobic and anaerobic activity that would make your legs smaller rather than bigger if it was going to do anything to them. Weight lifting and applying exercises such as the squat or leg press would help build bigger legs while applying a heavy load or stimulus to that muscle in which you are trying to make bigger in the lower leg region.

Genetics also comes into account for how big or small your legs are and the potential of that lower muscle group’s growth.

Leg sleeves are a valuable accessory for basketball players, they help a player warm-up which is crucial before a basketball game to prevent injuries. It also keeps the player warm when he is subbed off the bench resting and waiting to get back into the game. The leg sleeve traps the heat and keeps the leg muscles warm longer than if you were to just wear shorts and no leggings.

The material that makes up the leg sleeves is made up of compression technology that absorbs the sweat from your body and allows you to feel comfortable at the same time.

Leg sleeves due to the compression fit it keeps the leg muscles tight and ready to fire when trying to perform an explosive movement. Studies have shown that leg sleeves reduce soreness so you can expect less muscle pain. This will allow you to recover faster from workouts and basketball.

There are many leg sleeves on the market you can Click Here! to see which one is best suited for you. 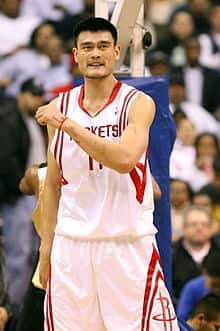 Why do NBA players have skinny calves?

The calves are a dense muscle in which it is very hard to make big, in a nutshell, the calf muscle is notoriously difficult in the weight room alone to make bigger let alone on the court playing basketball. Calf muscles are stubborn and through personal experience, my calves look the same way all my life.

Even when someone loses a significant amount of weight will see little improvement in these muscles as far as definition and or muscular appearance. Again genetics have a huge role in how big a calve muscle is.

The calve muscles are made of mostly slow-twitch muscle fibers and for good reason, as humans, we walk around all day and need the calves to be more on the slow-twitch side to allow our body to be able to do so.

NBA players generally are extremely athletic to the average person and have well-defined calves, although they may even appear smaller than they actually look as a defined naturally likes like a bigger muscle than it actually is.

The average height in the NBA is 6’7 and likely longer limbs are going to take on a form of a smaller skinnier muscle but not all the time. Yao Ming was 7’5 and had monstrous calves, I believe Yao had a good weight to him playing in the NBA