A floater in basketball? Isn’t that when a player jumps and floats in the air to dunk the basketball? Not quite.

A floater in basketball is a shot used that looks like an overhand layup. The benefit of this type of shot is it is very difficult for the defense to defend, as the floater is used to shoot over taller players. Smaller basketball players know the value of the floater when playing against the bigger competition.

The floater is also known as the “teardrop”, or a “runner’, in basketball. Depending on the situation, a player will opt to use the floater to increase their scoring chances shooting it off one or two feet.

The floater is an overhand shot this is used to shoot over taller defenders, the shot itself is quick and uses a high arc.

This is why it makes it difficult for the shot blockers on the opposing team to contest.

The floater requires a soft touch from the player when shooting the basketball.

When the ball hits the rim it tends to sit on the basket which allows more room for error while increasing the chances of going in.

This type of shot is taken from within twelve feet of the basket. The best scoring position to shoot the floater is directly center of the basketball hoop.

This is because the backboard can assist the ball into going into the basket if it happens to hit it.

The floater can also be used to shoot layups by putting the ball high off the backboard. 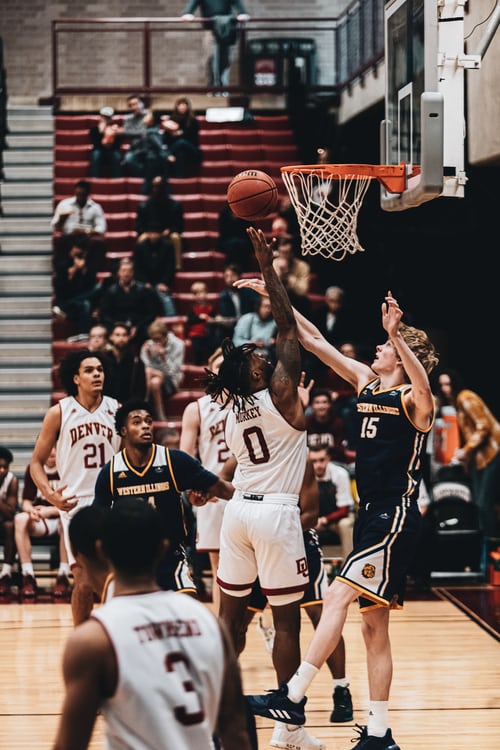 Smaller players and the Floater

As a basketball player myself, I was quick to figure out I could use this shot to my advantage against the bigger competition.

Standing only at 5 feet 9 inches tall, it can be unrealistic to go right at the center waiting for me at the basket. I am likely to get blocked rather than draw a foul.

Smaller players love this type of shot because it is difficult for any player to block.

While the shot is taken close around the basket, the floater is great to use as it is a quick shot type that would otherwise have you laying the ball up from further away from the rim.

This would require much more skill, or needing to shoot the ball like you would 15 feet or further away which takes longer and is much more difficult to do while the shot is being contested.

Every small player needs the floater in their arsenal or bag tricks. Once you practice and become efficient at shooting these types of shots, you will be able to get your shot off quickly and easily without worrying about it getting blocked.

Not just small players use the floater, any player no matter the height all players douse it. The teardrop is a very good shot to eliminates that awkward space where you can shoot the basketball like a set shot or have to attempt a further layup-type shot. 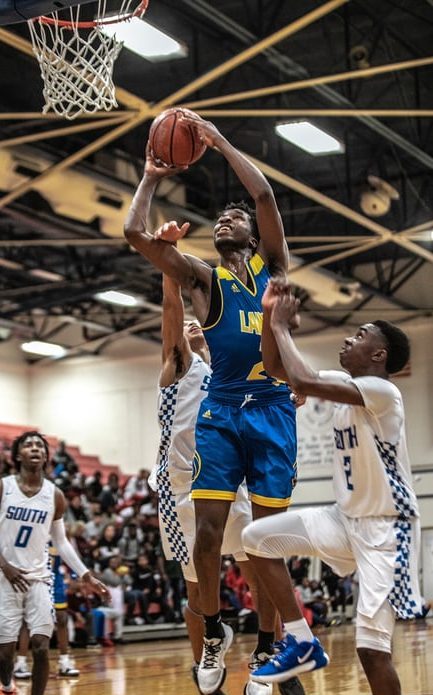 One foot floater vs Two feet

The floater can be done in one of two ways, off of one foot or two feet.

The one-foot floater is much more difficult to do than the two-foot and requires much more balance and control of your body and the basketball.

I highly recommend if the floater is new to you are your not very good at it stick to the two-foot floater instead as you will have more control and easier to do.

It’s is very similar to a jump stop but you immediately go up and shoot the overhand shot. You will gain confidence much quicker than if you tried the one-foot floater.

The angle in which you come at the basket matters also if you are shooting the one foot or two foot shot as with the two-foot you can come at any angle and be balanced but the one foot it is very difficult if you are coming at a different angle other than straight at the basket.

Some people will regard the runner as just the one-foot floater and not the two. But the floater is a term used for both the one-foot and two-foot shot.