Steven Adams is a professional basketball player in the NBA who is well respected by his teammates and feared by his opponents. A fan favorite in the NBA, Adams received the nickname, Aqua-Man while in the league.

Why is Steven Adams known as the Aqua-Man? Steven Adams, an NBA star is known as Aqua Man because he looks like Hollywood star Jason Momoa who played the superhero in the movie Aqua Man. The two look eerily similar to each other in appearance although Adams is much taller than Momoa by 8 inches.

Steven Adams didn’t always appear to look the way he did with long hair and a beard to go with it, in fact, his look was just the complete opposite.

Steven Adams was born and raised in New Zealand, he was one of eighteen siblings in which his father produced with 5 different mothers. As a teenager, Adams wanted to be a farmer when he grew up, he loved the concept of working all day on the farm and being outdoors. His dad was 6 feet 10 inches tall, and you can say it was in his genetics to be a star basketball player.

His family was no stranger to the athletic fields, while his sister competed in the Olympics in shot putting and his brother played for the National basketball team of New Zealand.

New Zealand isn’t a country really known for basketball, and because of this, his odds were far worse making it to the NBA than growing up playing in the USA. But with the help of his brother, Adams was able to get the attention of college scouts and was recruited to play for the University of Pittsburgh where he started as a freshman. Steven averaged 7 points, 6 rebounds, and 2 blocks, this would be enough to be drafted into the NBA after only one year playing college basketball.

Comparisons of Steven Adams and the Aqua-Man Star

It is easy to see why there are comparisons between the two stars. They both have long hair and a scruffy beard. Although Adams is from New Zealand Momoa is from Hawaii the cultures have similarities between the two and both are from the island lifestyle.

Steven Adams says that he is often mistaken for Jason Momoa and when asked if it bothered him he said he was flattered. Some people think Jason is really good at basketball, not realizing that it is in fact not him but Adams.

Momoa is the bigger star out of the two, but I am sure Adams doesn’t mind it as he is very quiet and a humble individual who has never been star-struck or cared for fame and notoriety. 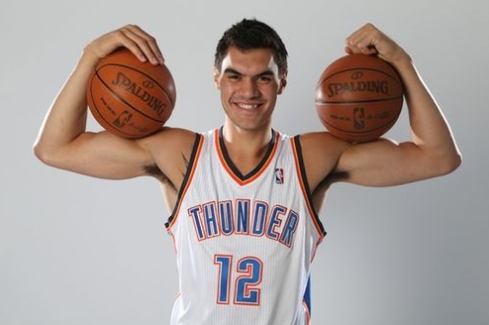 Adams would be drafted in the first round with 12th the overall pick in the 2013 NBA draft by the Oklahoma City Thunder. Steven Adams is the perfect role player for any team in the NBA, his ability to grab offensive rebounds for second-chance points and setting screens for his teammates is a huge asset to any team. Adams is excellent on defense and moves well without the ball also.

When Steven entered the NBA, he was a quiet and humble individual who wasn’t star struck by any of the players in the league. In fact, basketball was secondary to what his plans were when growing up.

The then clean shaved and short-haired basketball player was a hard-working individual that believed in himself, that he could compete with the best of them. It wasn’t long until he saw himself in the starting role on the Oklahoma City Thunder.

He also was starting to let his hair and beard grow to transform himself into Aqua Man himself on the court, maybe this is where he gets his super powers from. The Samson of the bible, strength from his hair.

Many of his teammates and opponents swear that he’s the strongest player in the league and are in awe of how tough Steven Adams is. Being 6 feet 11 inches tall Adams weighs 250 lbs, even Jimmy Butler has gone on record to say Adams is not from this planet. Adam’s strength is a by-product of his countless hours of hard work in the gym.

Adams spent his first 6 years in the NBA playing for the Oklahoma City Thunder, alongside Rusell Westbrook and Kevin Durant. He was then traded to the New Orlean Pelicans in 2020. Adams so far for his career is averaging a solid 10 points and 8 rebounds a game at 27 years of age and 7 years in the league. Adams is not married or has kids but has a beautiful girlfriend, Kayla Kiriau who is also from New Zealand. 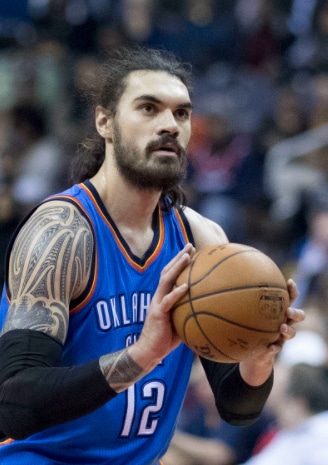 Jason Momoa was born and raised in Honolulu, Hawaii, and grew to 6 feet 3 inches tall. After high school, he moved to Hollywood and tried out for an acting role and beating out thousands of hopefuls in the series Baywatch Hawaii. Years later, many remember the actor for his short role in the Game of Thrones TV Series as Khal Drogo. In the series, he was the Husband of Daenerys Targaryen who was played by Emilia Clarke but only appeared for a few episodes before dying.

Momoa is best known for playing the Aqua-Man character in Batman Vs Superman: Dawn of Justice and the Justice League Movie. He then would get his own movie and his star role in Aqua Man, which was released in 2018. This DC Comics-based movie turned Jason into a superstar overnight. The movie grossed $1.1 billion dollars and was the highest-grossing movie out of all the comic book character in the DC Comics book movies. 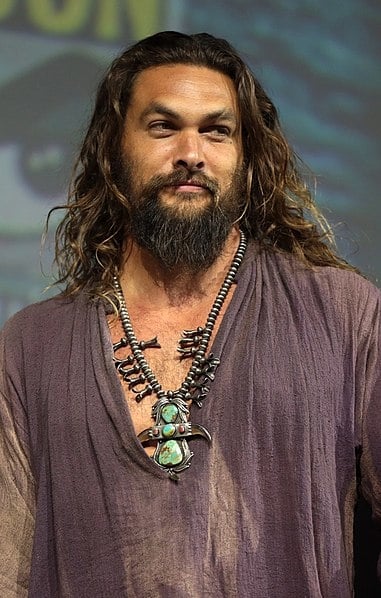 Jason is married to famous child actress Lisa Bonet who was best known for her role as the child of Bill Cosby in the Cosby Show. Later she would marry Leny Kravitz and has one kid with him. The two would eventually divorce but are mutual.

Jason would marry Bonnet and Ex-husband Kravitz says he is more than accepting of Momoa and is like a brother to him. Bonet (53) is 12 years older than Jason Momoa who is 41 years old. An odd relationship between Momoa and Kravitz? Maybe not odd at all just not often seen in society’s norm.

Jason has two kids with Bonet and after they were married for some time Momoa revealed to his wife that ever since he was young watching the Cosby show he would tell his mother that he wanted to marry her. 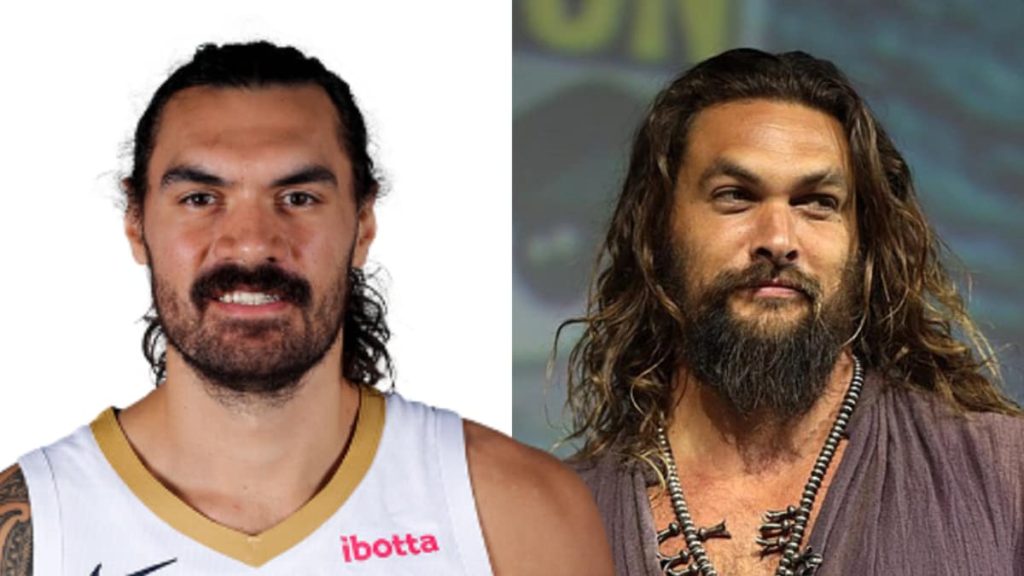 From New Zealand vs Hawaii

No kids vs 2 kids