In the NBA, winning a championship is celebrated with champagne and after-parties. But they are honored with a championship ring with your name on it.

Some organizations will go all out for their first championship ring while other teams who have already won a championship will be more conservative in who gets a ring. 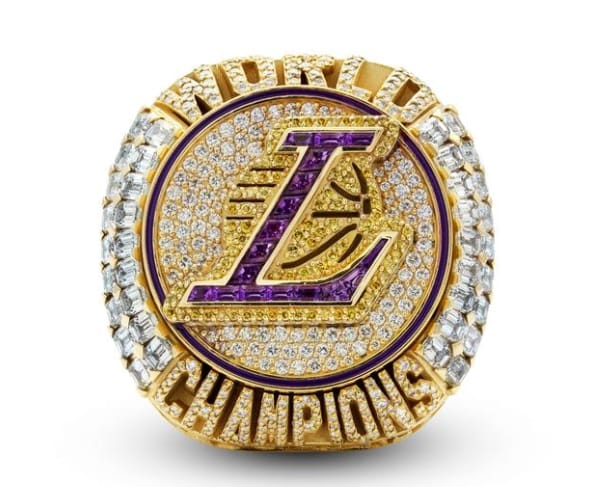 Who gets an NBA championship ring?

The team that wins 4 games in the NBA finals in a best of 7 Series will get Championship rings. Losing teams do not get rings, or a pat on the back for a job well done.

Not just the players and coaches get rings either, the managers, trainers, locker room staff and front office employees do.

Some teams will have two tiers of rings.

The first tier of rings will be the more expensive rings that go to the players and coaches etc.

The second tier of rings will be less expensive and go to the working personnel of other important staff that was a part of the team.

Because the owners pay for the rings it will be up to their discretion as to who gets a ring and who doesn’t.

Who receives a ring will all depend on the team’s organization and its owners, there are no set rules on which individuals get a ring.

The Toronto Raptors and their 5 tier of Rings

The Toronto Raptors after winning their first championship in 2019 decided to ball out and give everyone a ring who wanted one. Yes, that meant you and I could get a ring.

They had a five-tier system that starts from the first tier which was the cream of the crop and all the way down to the fifth tier where fans could get a ring also. So let’s go through the tiers:

This tier was for the team that consisted of the players, coaches, and very important people. Even if a player didn’t play a single game and rode the bench all-season or even was traded they would receive a ring.

These rings at the time were the most expensive rings ever in NBA History which had 640 diamonds. The price is uncertain but it was estimated at over $20,000 a ring.

Drake and Super Fan Nav Bhatia even got one. Heck, the Raptor Mascot has one.

This would have been front office, medical staff, doctors, and those that worked directly with the team and it’s players. Think scouts, physiotherapists, and trainers.

Tier 4 ring owners would have been those that worked as cheerleaders, ball boys. Those that worked indirectly with the team. Possibly sponsors, concession stands employees etc.

If you were at the Raptors game on the opening night of the 2020 NBA season you would have received a ring on your seat, courtesy of the Raptors organization.

The value of the replica ring is around 40 dollars, you can actually find them online on Amazon.

How much does a championship ring cost?

A championship ring can cost anywhere from $15,000 and up for one ring. It seems every year teams are trying to outdo each other in who has the biggest most expensive ring.
While the value of the bring is up to $20,000 with all the diamonds and rubies you can put on it, the market value is 10 times that if a player wanted to sell their ring.
The true value in the ring doesn’t come from the gold, diamonds, and monetary value. It comes from the historic achievement of winning an NBA championship for that year.
It goes down in the history as an accomplishment and achievement that nobody can take away from you and the record books. 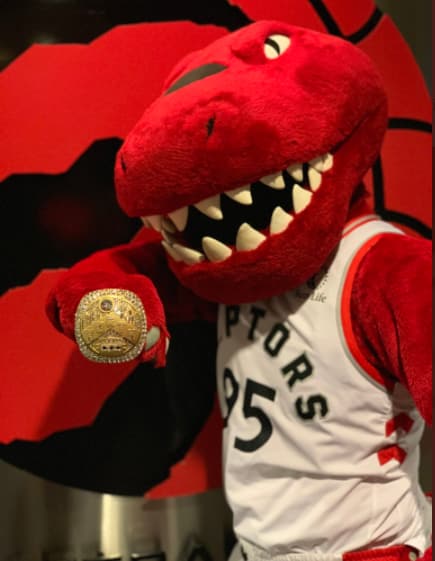 Who pays for championship rings NBA?

The players don’t have to fork over the money for the ring as the team makes more than enough money in ticket sales merchandise during the team’s playoff run, that it’s covered.

Think back to when you played team sports, if you wanted a ring or jacket in football you had to buy it yourself.

When do the players get their rings?

Usually, it takes time to have the rings designed and made for the winning team. Once made the rings are then presented in the following season on opening night at home.

A ceremonial ring presentation takes place, and each player and staff from the team is awarded the ring with their name on it.

Those who are no longer a part of the team will receive their ring the first time they play their former team at their old home. 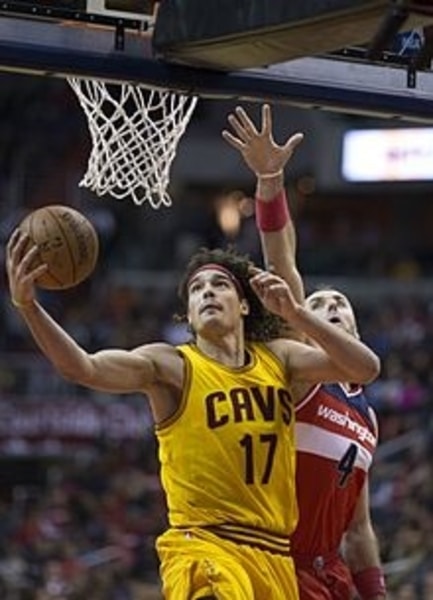 Do traded players get a championship ring?

It’s an unwritten rule in the NBA, any player that played for a team at any point during the season in which a team has won an NBA championship are offered a ring even if they are no longer playing for that team or are traded.
It does not matter if you played a single minute or not, in practice he was a contributor to helping the team achieve its success.
Now if you were a player who was traded halfway through the season and you played against your former team in the playoffs would you accept the ring if your former team won the NBA Championship.
Such was the case with Anderson Varejo. Varejo played 30 games for the Clevland Cavaliers in 2016 then was traded to the Portland Trailblazers.
Portland released Varejo and signed with Golden State Warriors. That year the Warriors had the best record in NBA history going 73-9 for the season.
The Warriors also blew a 3-1 lead in the NBA Finals against Varejo’s former team led by Lebron James and the Cavaliers.
When the Cavs won the NBA Championship the owners reached out to Varejo and offered him a championship ring for his contributions that year with the team.
Varejo declined the ring as he would not accept it because he played his former team in the finals.
Varejo, I believe deserved this ring as he spent the majority of his career with the Cavs playing 13 seasons.
What insane luck to have a player get traded after 13 years and play his former team in the same year he was traded and blow a 3-1  lead only to lose the NBA Championship.
Varejo sort of disappeared after that.

Do announcers get championship rings?

There are some broadcast announcers who have been with the same team commentating on basketball games for many years.

It is up to the team to decide who gets a ring and who doesn’t, then broadcasters are included on the list. And why wouldn’t they be?

Announcers although are supposed to be unbiased to the other team that the home team is playing against, they are in fact considered a part of the team.

Some announcers can be considered the voice of a team and many people associate that announcer with that team-specific team.

Does the team that wins the NBA Championship win money?

Yes and no, there is what is called a player pool. The NBA creates the player pool for the teams that make the playoffs and NBA finals at the beginning of the season.

In the last couple of seasons, the player pool was around 20 million dollars. This is split up between teams and their players, the further they get in the playoffs the more that is paid out.

The winning team gets a cut from the player pool and each player gets a share. For example, the winning team may have received a 3 million dollar split between 15 players.

This equates to around $200,000 for each player. This would be pennies to the star players but a good chunk of money for the bench warmers. 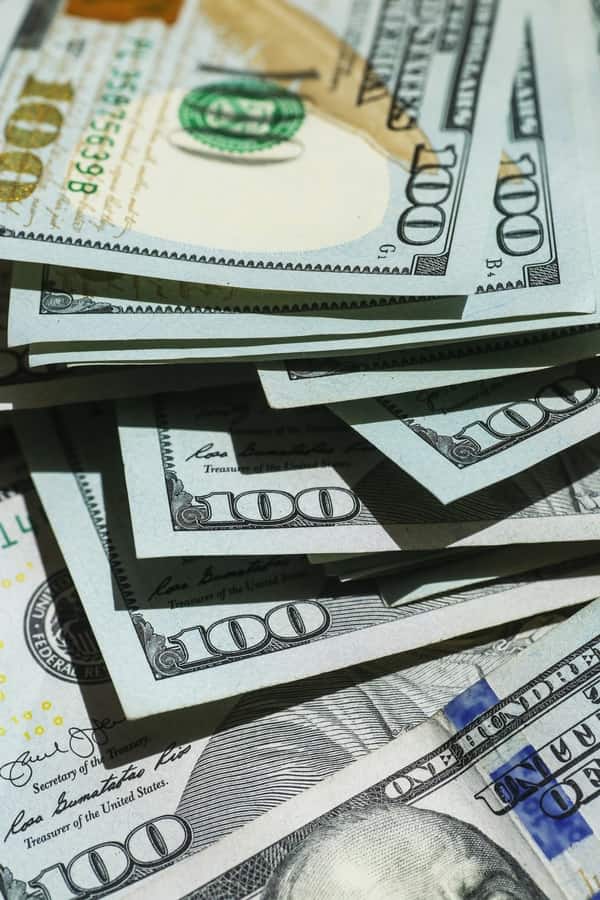 Who has the most NBA rings?

Bill Rusell has the most rings out of any player with eleven. Yes, 11. He won 11 championships in his 13 years as an NBA player. Rusell’s career started and ended with the Boston Celtics and was from 1956 to 1969.

While he tried his luck out as a coach in the NBA, he was unsuccessful as a coach to win a championship.