I love thinking of hypothetical questions when it comes to basketball, one such question that people ask actually happens from time to time.

What happens if you score on the wrong basket or your own basket in basketball? If a player makes a basket on their own net that they are supposed to defend the points still count but are awarded to the opposing team. This usually happens on the rare occasion by accident when players are jumping up to grab a rebound.

Rarely does a player get confused as to which basket they are shooting at and trying to score on. But it can happen and here some reason why… 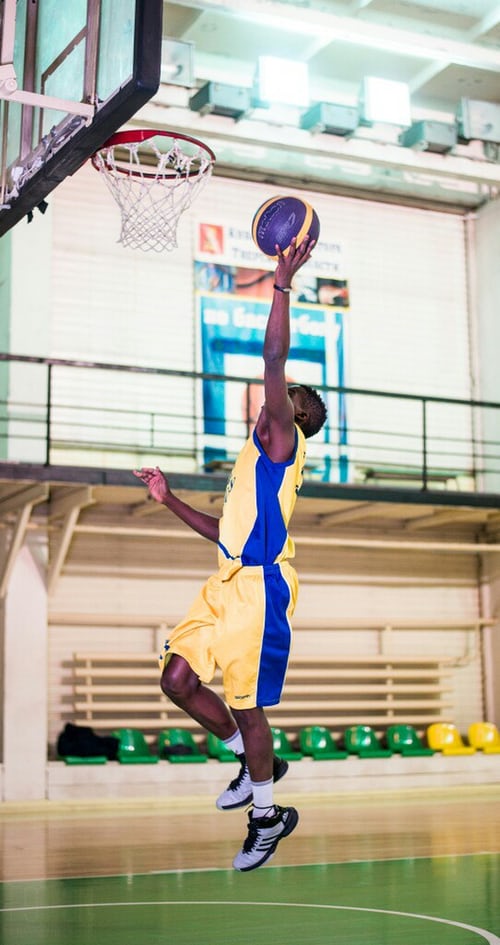 Why does scoring on your own goal happen in basketball?

This often happens right after halftime in the third quarter, players sometimes get confused as to which side they should be shooting on. Usually happens in youth basketball games.

A player will mistakenly shoot on the basket for the one they should be defending. They will find themselves completely wide open underneath the hoop for an easy layup.

The fact that they are so wide open doesn’t give them a clue as to what hoop they are shooting on. How can I be this wide open?

When it does happen everyone on the court will be left confused and second-guessing themselves if in fact, that was the right goal.

Other instances of players scoring on the wrong hoop are when players are jockeying for position to rebound the basketball.

The players jump up to rebound the basketball, the ball is on its way down only for it to hit their fingers causing the basketball to go back up in the air towards the rim.

Sometimes finding its way into the basket by accident. 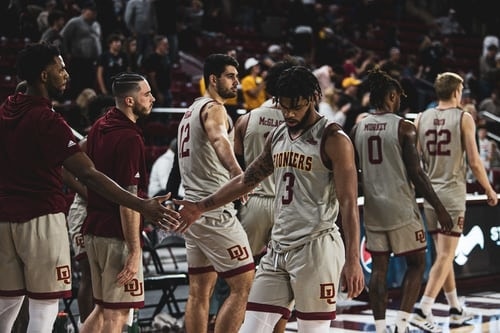 Can you score on your own hoop in basketball?

Yes, technically you can score on your own hoop, but there is no advantage to doing so. This will make your teammates mad and question which team are you actually playing for.

In soccer, there are rare circumstances for teams to score on their own goal because of the previous play that resulted in an unfair goal and advantage. A team will therefore put the ball into their own goal to balance that goal.

It doesn’t happen often but it does happen…

This shows good sportsmanship and keeps the game honest. In basketball there is no real reason to score on your own basket like in soccer, there are so many baskets being scored in a game it is pointless to do so.

A soccer game doesn’t have a lot of goals scored in a game like there are points in a basketball game, this is why it is done in soccer and not basketball.

NBA Scoring on the Wrong Basket

In these plays, you can see them trying to rebound the basketball after a miss only to put it back into the rim unintentionally.

Who is awarded the points a player scores on their own basket?

When a player accidentally scores on his own hoop, the points go to the closest player to the hoop at the time of the self-made basket. I guess you could say this the worse shot in basketball.

A good friend of mine in high school wasn’t very good at basketball but can somewhat shoot when he is wide open. He hadn’t made a basket all season and complained to me about it every game.

That was until the last game of the regular season. After halftime, the ball was about to be inbounded and my friend was telling one of our teammates to hurry up and pass him the basketball.

I was sitting on the bench and wondering what the rush is when all the players are on the other end of the court.

To my surprise, he received the pass at the start of the third quarter from the inbounder who was our teammate, and turned around took a couple of steps inside the three-point line and shot it from 16 feet out, and nailed it, SWISH!

He turned to the bench and immediately looked at me with a smile on his face and said I scored! I scored! Hands in the air he said it.

We were so confused as we all turned to each other on the bench and said isn’t that out basket.

Yes, it was, he scored on his own basket. We laughed our asses off.

What boggled my mind was he shot a 16-foot jumper instead of just going in for an easy layup, there wasn’t a player in sight.

He never did score for that entire season, he was actually minus 2 points for the season……