Many people believe the NBA has their own ball they use in games which you can not buy at a retail store or online, this is simply not the case.

What basketball does the NBA use? The Official game ball of the NBA is made by Spalding. The Spalding basketball has been the official ball since 1983, with obvious tweaks of the ball along the way, this Men’s ball is also known as the size 7  with 29.5″ circumference. The basketball is only intended for indoor use as it is made of leather.

The basketball must go through a series of tests by the officials before being used for an NBA game, there are good reasons for this. Let’s take a look at the tight protocol of these basketballs.

If you want to jump to Amazon to see the prices of the basketballs right now, click here! right now to go there. 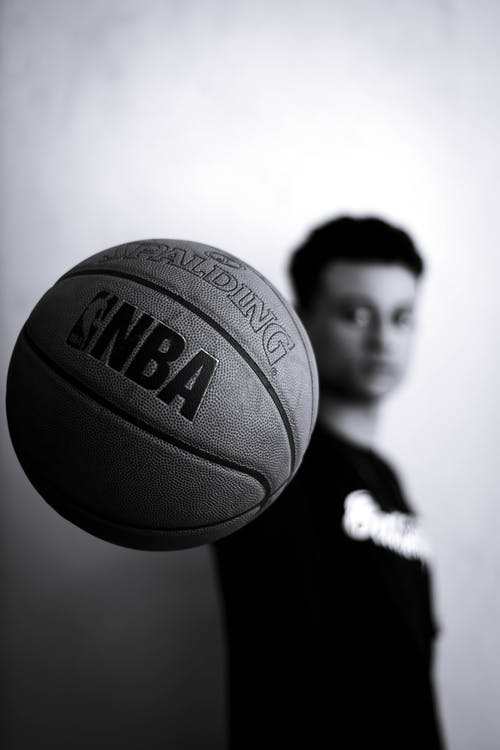 This Spalding basketball is the official ball of the NBA, it’s size and weight: Size 7, 29.5″ is used by professionals in games and in practice. The genuine leather material turns soft once broken in and is regarded by some as the best ball they ever played with.

Be sure when you receive the ball to look a the basketball for the amount of air it needs. The P.S.I in other words known for pounds per square inch, it will say right on the ball the amount that is needed for ultimate performance.

The great thing about this basketball is it already comes inflated, but It’s best to make sure that the ball has the right amount of air in it, so you will need to check with a gauge.

Many people reviewed their purchase of the Official Spalding NBA Basketball and were disappointed comparing pictures saying that their ball doesn’t look like the one they bought, the color is off that sort of thing. I assure you they are the real deal or Spalding would get a lawsuit on their hands. Worse case you can return it.

If you are buying the ball just make sure you are buying from a legitimate supplier and be patient the basketball needs to be worked in to get the true performance of it, it may feel slippery and weird at first if you are used to the Wilson brand etc. How do you work it in? Just play!

When comparing these balls remember the basketballs your seeing in the NBA are worked in and have been used all season and more, the color will definitely fade away a bit comparing it to a new one.

The officials will receive 3 balls that are official Spalding NBA basketballs that need to be reviewed and tested. These tests include bounce, an inspection of rips, and tears. A more important factor is the air-pressure or pounds per square inch inside known as P.S.I.

The ball’s P.S.I. should be between 8 and 8.5, the use of a small pressure gauge to do so. If the ball is to flat it is more forgiving around the rim and there will be more made baskets. If the ball has too much air, it will less likely miss the hoop after hitting the rim. Less forgiven and fewer roll-ins.

The right air pressure is important in a basketball for the life of the ball and the bounce, If you are interested in an article I wrote on how to inflate a basketball the correct way even without an air pump click here!

After the 3 balls have been okayed the official chooses one to use for the game and the remainder two are used as backups. When a ball in the game has an issue with it the official will then choose one of the two spare balls. 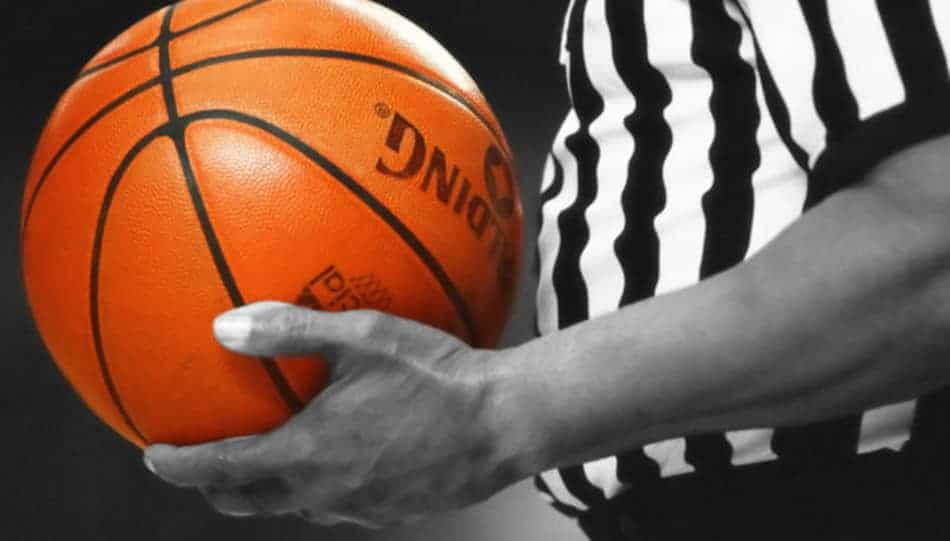 Some players have gone on record to say that the Spalding basketball takes some getting used to, which is understandable. This ball is used only in the NBA, I have never seen this ball used in a Men’s league or pick up games.

Like any ball, it wouldn’t take long to get accustomed to it but if you are so used to the other balls especially coming out of playing college I can see how this can be a major change for dribbling and shooting.

In 2006-07 season there was a major change to the Spalding basketball that every player and the ball boy complained about. The ball was supposed to be better in many ways compared to the old ball, it did the opposite was extremely slippery, and with the proper P.S.I it didn’t bounce as high as it was supposed to. The NBA ended up getting rid of it and returning back to the original.

The NBA basketball isn’t necessary, it’s not going to make you play like James harden, you need to practice to improve skill not buy a basketball. There are better basketballs for the right price in my opinion and you can save money in the process.

Most players like the Wilson Evolution and balls alike for half the cost and are authentic leather basketballs, not recommended for outdoors that’s for sure.

Hoped you enjoyed the article if your interested in other basketball gear or accessories click the article down below.

10 Must Have Basketball Acessories

This Concludes the article, feel free to take a look around. I update frequently.