Basketball players know the importance of strength training when it comes to improving their basketball game. It is a must if you want to compete at a higher level in competition. Strength is important to keep the body from injury, to improve quickness, and improve power. But one question that always arises is when basketball players should workout, before or after playing basketball.

Should I workout with weights before or after playing basketball? If the overall goal is to improve your fundamentals of basketball then you should strength train after playing. If the overall goal is to improve strength then you should work out before playing basketball if you plan on playing with maximum effort. If you are just shooting around you can workout before or after shooting.

The body has a way of adapting, if your new to strength training I would definitely not attempt to workout before playing or practicing as your performance will be affected by a strenuous workout. 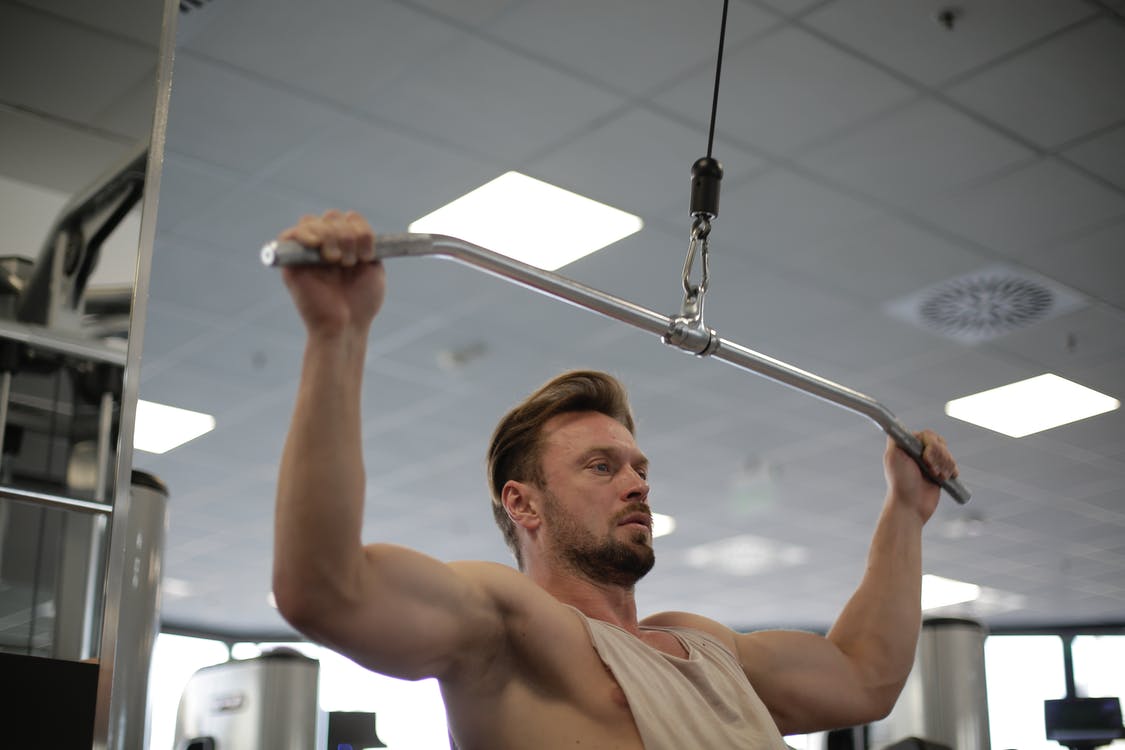 Should I play basketball before or after working out?

You must decide what is more important basketball or getting stronger. If skill is your first priority then play before you lift knowing that you may not have the a lot of energy for your workout, so you may sacrifice some strength in the process from playing basketball for 2 hours.

If your main focus is strength then you may workout before playing basketball knowing there may be a dropoff in performance. Or if you know you will not be playing that long you can use basketball as a warm-up prior to your workout. One hour of play and then go workout.

If the answer to this question is you want to be an overall better player and improve both your strength and skill then you are going to have to experiment a little. See what works best, what feels better strength training before or after basketball.

Another option is to work out in the morning, this gives your body a few hours of recovery before playing basketball. That always seems to work better with little to no effect on basketball skills and performance.

Tim Groever was definitely ahead of his time when he was Michael Jordan’s personal trainer during the Chicago Bulls dynasty run in the 1990s. Just a decade earlier basketball players didn’t really work out with weights all that much. Their were a lot of myths surrounding it. Myths such as “it stunts your growth”, which is why players barely worked out in high school. “It makes you slow”, It makes you bulky and you can’t move”. We all know now this is simply not true, and you would be doing yourself an injustice if you were a future pro athlete not working out.

It took years for basketball players and the sport in general to promote strength training in the 1980s-90s, relative strength was promoted which can be considered how strong you are in relation to your own body weight. Your standard tests would be used such as pushups, pull-ups and situps.

But even Michael Jordan bought into the idea of strength training in the early 1990s. It was after being beat three years in a row by the Detroit Pistons that he realized he needed to get stronger. The Detroit Pistons had their Jordan rules, which involved a very physical battle with Jordan alone.

In one of Michael Jordan’s early video documentaries, it showed Tim Groever and Michael Jordan are seen working out in the weight room on game day. To most everyone surprise many people realized if Jordan works out on game day and performs the way he does on the court especially in the playoffs averaging 35 points a game for his career, then maybe we should all be doing it.

But not so fast…

If you are new to working out I definitely do not recommend working out with weights before a basketball game. Not even before practice if you are in the middle of the season. Your main focus should be an improvement in skill or fundamentals and strength training should be secondary.

Save the strength training for after your practice or game. If you do decide to workout prior to a game make sure you give yourself ample enough time to rest. You may feel sluggish if this your first few times doing so, but over time you will get used to it. It would be wise to dial back the intensity and weight of your workouts.

Realize if you decide to do leg day before playing basketball, game or practice I think this is a big mistake as you will be extremely tired once the game roles around. You may risk injury as your body needs to recruit the muscles necessary in a way to perform explosive movements, they wont be able to do it if your tired while you may feel sluggish in the process. You may feel less explosive and slower when playing.

This will depend if you are in-season or off-season.

If you are in-season, you really need to listen to your body and work around your schedule of practice and games. The school program you play for you may require you to work out from as little as 3 days to 5 days which is fine. But again listen to your body, how does it feel on the court while playing? Do you need to dial back? Then do so.  Make sure you eat healthy and get a lot of sleep. Remember during the in-season you are more likely trying to maintain the current strength you have, not build a ton more. Keep it simple.

If you do have an important game coming up or playoffs, I would dial back considerably and try to get the rest needed so you are are fresh and recovered on the court when it’s time to play. You want to be at your best, and when 4th quarter comes around, your ready and your muscles are not exhausted and unable to perform.

If you’re in the off-season you can turn it up a notch as far as strength training is concerned, this is where you want to really build your strength. You may workout up 6 days a week while playing a lot of ball and doing a lot of drills in the process. Again listen to your body, if it hurts stop. This may be good to experiment with working out on gameday, you may actually feel it help you shoot better. It all depends on the individual.

Should You Shoot after Lifting

I may be repeating myself and you may have already gotten the picture or maybe you just jumped to this section, but many players who shoot after lifting have done it for some time and they are used to it. Some players even feel it helps them shoot better. I have never felt it does for myself. But again it may differ from player to player based on a few things, the type of workout, a hard one or easy one. A break in between working out and shooting which makes a big difference.

Again what is your focus strength or skill? You decide and make that priority first.

Does the cardio from running during a basketball game kill strength gains?

This will depend on so many factors. How much running you are doing? Generally, if your goal is to put on some muscle mass then you need to put in enough calories in your body so there isn’t a deficit that leads to weight loss or muscle gains. If that is the case it may be difficult to gain strength, especially if your more advance. If you are a newbie you could get away with not worry about counting calories for a bit and gain strength based on technique and repetition of the movement alone.

Generally, I wouldn’t be to concerned about killing strength gains, if your stalling frequently on lifts and you feel you are not progressing, then take a step back meaning, rest, eat more and cut down on basketball. If you want read more on the topic click here! for if playing basketball will make you stronger…

Determine your goal, focus your attention on that goal that you want to accomplish, and execute it.