If your thinking about buying a subscription to NBA League Pass but are not sure which one to purchase between the standard and the premium pass you have come to the right place.

What NBA league pass should you buy? There are a few subscription options with League pass, from your most popular standard version to premium. The Standard only allows one device logged in at a time while the premium allows for up to two devices. There is a $50.00 difference between the two versions, they both have the same features except for the number of logins.

Let’s take a look at what else League Pass offers and what is the better option for you. Provided are some answered questions that you might not have thought about so you can find the best subscription for you.

Which one should you choose? For starters, both offer Access to live on Demand Games in HD. If you’re expecting a comparison table I didn’t make one as there is not much to compare.

The premium pass has everything the standard one has plus one thing. That is two logins instead of one that can be used by two different people regardless of location.

But let’s compare Standard League Pass with its Premium version:

Note: The Prices listed are in Canadian Dollars for the 2020/21 season, Prices are subject to change for the new season.

The standard and most popular subscription purchase is this one, this gives the average viewer everything they need for around $199.99 for the entire year or a round $22.90 a month USD.

Viewing games on one device may be crucial for you if you strongly considering purchase a league pass subscription. Do you have family members who want to watch on their own devices?

Maybe you have roommates that like separate teams, this is something to consider as you would not be able to be logged in on more than one device. More on this later…

The Premium version includes all of the features above and is $50 more for than the Standard. With a cost of $249.99 for the whole year. It includes these extra options. 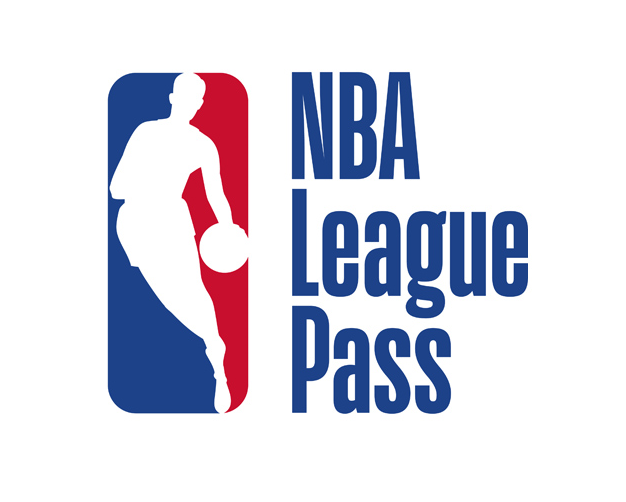 This may be your best bet, in fact, if you have a friend you could split the cost and both view the games on different devices.

I personally contacted the NBA league Pass support and they said that the I.P. Address and location doesn’t matter for the two logged-in devices.

With many streaming devices, these companies know family and friends are logging into the account and if the NBA doesn’t like it they would be strict with the terms, so no worries there.

To add to this the Premium version does not have commercials but like that matters, when there is a t.v. timeout do you really care to watch the mascot and the players on the bench drinking water?

Or just watch a commercial, it really makes no difference your not missing any of the live-action, and if you do you can just rewind it.

This is an option that is in the app where you can watch almost every made basket in around 10 minutes. You can practically watch every game that was on that night in one to two hours.

Basically the 6 to 12 games in the same amount of time it would take to watch one, maybe even less.

This option is much of a big deal as the NBA has a youtube channel that you can view on Youtube, so don’t sweat over this option if you get the standard version.

If you don’t subscribe to either option before the season starts in October and you decide in December you want to subscribe chances are the price will go down as there fewer games left in the season.

This is something you could consider, maybe you decide you want to subscribe towards the end of the season instead and watch the battle of playoff positions in the standings or the play-in games.

Other NBA Subscription Passes that might work for you

There are a couple of other subscriptions when it comes to watching the NBA that you may not have heard of or known.

If you don’t want to purchase a whole subscription of NBA League Pass or the Premium Pass, there are other options for you to choose from.

If you don’t know what Team Pass is but think it’s a subscription to watch your favorite team play every game during the regular season, you are absolutely right.

Team pass allows you to view home and away games while offering you different camera angles with mobile view to allow for a close up of the game.

All these features are all part of the regular and premium pass if you are wondering. Team pass will run you around $119.99 USD to watch your favorite team play.

Only want to watch a couple of games from time to time, well then this is the package for you. Choose 1, 3, or even 8 games to watch.

Good if you just want to test out the application and its functions.

Another good option if you see that there are a lot of good games on T.V. all on the same day. Pay a one-time fee and don’t worry about cancellations.

This will get you one login only but all the needed features you are looking for.

Now when I first read this I thought what this was a joke? Basically, the moment you pay for your 10-minute subscription the clock starts.

Maybe you’re coming home from work and you want to catch the tail end of the game, great let’s buy a 10-minute pass.

But like my wife always says when I’m watching the game and a team is down by 4 when there’s 48 seconds left in the 4th quarter, ” Oh, so there’s still half an hour left?”.

So what now? You might not be able to finish watching the game

I mean you would really have to guesstimate when you wanted to purchase this pass, as you may find you are going into overtime. Then what?

You would need to purchase another 10-minute pass. This pass also works for archived games if that matters.

What is a blackout and why is important for League Pass?

A blackout is when the local and national network providers have exclusive rights and the licensing agreements to televise live NBA games. This is so that league pass does not interfere with viewership.

For example, if TSN is showing the Toronto Raptor game on TSN then there will be a blackout on League Pass. This isn’t always the case but does happen.

How to avoid blackouts on NBA League Pass

Every NBA game is available on NBA league pass in the US and Canada except when a blackout is in effect.

I think this is a big reason for a lot of people not to purchasing League Pass, especially the Team Pass.

There really is no way around this, a Virtual Private Network (VPN) that re-locates your i.p. address in a different country might work but when you registered the account they may have your current address on file.

So this option might not work and I am sure they frown upon doing something like this, use your own discretion but risk getting your account shut down if you try.

I can’t recommend this…

The Audio version is available live, so if that is an option for you it is better than nothing if you are not able to watch the game.

Does League Pass include Playoffs?

Yes, and No, League pass does not allow you to watch playoff games if they are broadcasted on T.V. in Canada or the United States this would be considered a blackout.

Which basically is every playoff game, as ESPN and ABC have the licensing to broadcast these games.

This would be considered a blackout on goes against the terms of service for league pass subscribers to view it.

Sucks I know. But you get access to the game after it is done. Yippie! Not really…I guess it’s better than nothing.

Another option is to see if the playoff game you want to watch is on NBA TV and purchase a subscription through league pass also.

NBA League pass also does include WNBA or Summer League. My question is why not? Just adding those leagues would result in more subscriptions. 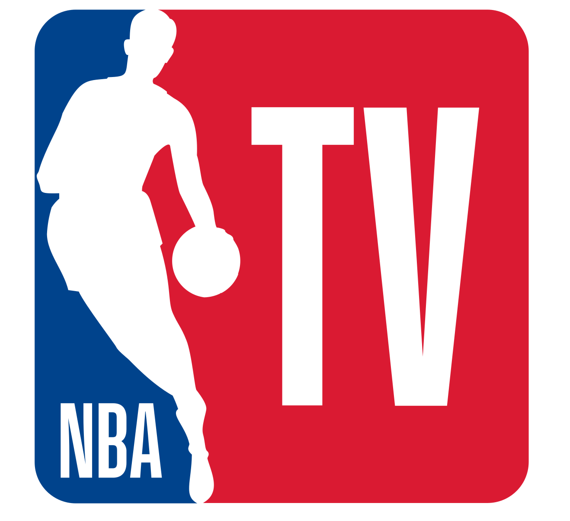 NBA TV and league Pass are two different entities. NBA League Pass is a streaming service that broadcasts all NBA Games Live and at your fingertips.

While NBA TV is a Channel, much like ESPN or ABC. NBA TV has certain NBA games and programs that run on NBA TV 24 hours a day all NBA-related.

NBA TV comes with League Pass in some countries. While in the U.S. and Canada, Guess What? You must pay extra for this service which is an add-on.

How to use NBA league pass?

There isn’t any crazy configuration or setup, you don’t need a special device or a 52 digit code to get started.

It is a lot like using Youtube, Netflix, or Amazon prime it is pretty straightforward with many features and can be controlled like any other media app.

So what about G-League Games? A big NOPE! Only through ESPN, Twitch, or NBA TV can you watch these games. Very Disappointing. 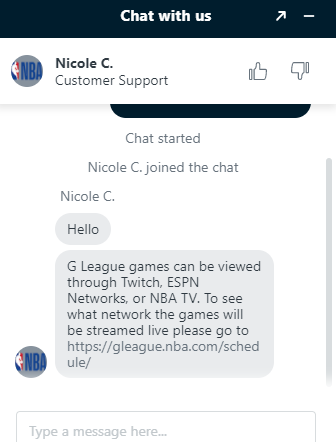 The NBA should create a Netlflix type app with all those leagues I just mentioned, add in some documentaries and movies and you got one hell of an app.

Can I get NBA league pass without cable?

Yes, most people don’t even have cable anymore and there are many applications on many devices you can use:

How to refund NBA league pass?

There are no refunds for NBA League Pass believe it or not. This I don’t agree with. Once you purchase you are stuck with it. I recommend purchasing the monthly subscription.

This way if you decide you have no time to watch the NBA because life gets in the way then just cancel and when you are ready to purchase another month later or down the road.

For your information, the monthly subscription lasts exactly 30 days and may cost more per one month than purchasing the entire subscription.

Can you use NBA League pass on multiple devices?

You can use the premium version of League Pass on up to 2 devices with the Standard pass on only one device.

If you try logging in with more than one device it will just log the person off that was already on to the new user.

You can share NBA league pass only if you have the Premium account, and they don’t really advertise sharing more like if the person is part of the household there shouldn’t be any issues.

While the I.P. address doesn’t matter you are allowed up to two devices on a premium account. There are those that leave to go on vacation and are still able to watch the games in another country with no problem.

So I am sure you and a friend could share the account if you are comfortable giving your log-in information. You can always inquire if you like.

ESPN and ABC are the legal alternatives to NBA League Pass along with NBA TV. All other ways to watch NBA games do not work very well or are unreliable and are considered illegal.

League Pass does offer free trials so be on the lookout at the beginning of the season.