The pick and the screen are terms used in basketball while a team is on offense. Although considered the same thing the action of the pick and screen are different in terms of what function they serve on the court.

The pick and the screen are fundamental basketball skills that players should master, there are different types of screen and picks that we will dive into and see how they are utilized in a game. We will use some video examples to take a look at what the different picks and screens look like in-game. 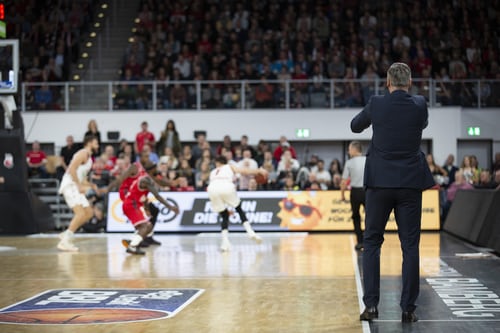 What is a pick in basketball?

A pick is when the ballhandler’s teammate uses his body in a stationary position to block the path of the defender who is guarding the player with the ball.

Often times the defender will communicate with a teammate to either switch checks as long it does not create a mismatch such as a guard on offense vs a big man on defense. The guard will have the advantage due to his speed when compared to the big man.

it is possible for the guard to fight through screens, but this can be difficult to do especially if the guard tries to come underneath the screen, which would leave the ballhandler with enough room to shoot an open shot.

If he fights over the top this may be more difficult as the player is now on the ballhandlers hip while their teammate having to guard two players at once until the defense can recover.

What is a screen in basketball?

A screen is used away from where the ball is on the floor. A screen is set when a player sets their body in a stationary position to block the path of the defender who is guarding the screener’s teammate.

To counter a screen on defense, this involves players communicating on the court as the screen is happening, so they can either switch checks or fight through the screens.

Screens are used to get the player open and receiving the ball for an open shot or easy layup at the basket.

How to set a screen or a pick in basketball?

At no point should your screen be moving, you want to be established so you are not called for an offensive foul. This means you must judge the spacing between you and the man you’re going to screen in relation to the ball handler.

4 Steps to setting a screen or pick:

How to use the screen or pick in basketball?

When learning how to use the screen it is important to be patient, moving too quickly before the screen is made and established can be considered an offensive foul as you are bringing your man into a moving player. When you move your defender moves, you will run your defender into a moving screen due to being impatient. While also this will also be an ineffective screen as your teammate screening for you will not be stationary.

Two steps to an effective screen or pick:

Different Types of Picks in Basketball?

The center position usually sets the pick on the ball around the three-point line. As the ball handler uses the pick the roll and goes towards the basket hoping to receive a pass from the ball handler. Usually resulting in an easy basket.

This used in between the center line and the three-point line, the ball handler receives a pick by the big man which means his defender will come and try to help by either switching to guard the ball or helping their teammate fight the screen. Easier said than done, which generally causes all sorts of problems forcing the defense to completely shift and help out. The options are endless after the pick is set.

This is when a player will set a pick on the ball and as the ballhandler dribbles past the pick they will then make the pass to the player that just set the pick. This player usually opens up and takes a couple of steps away from where he set the pick as this opens up space for them to receive the pass and shot the open shot.

This is an effective play as players are busy trying to prevent the ballhandler from scoring an open layup or easy jumper, forgetting about the big man who set the pick.

Different Types of Screens in Basketball?

There are many types of screens in basketball here are the more common ones you will see.

Screen Away from the Ball

Screening away from the ball is excellent for getting players open as after the screen a player will move towards the ball or curl towards the basket hoping to receive the pass for an easy layup. This creates movement on the court and scoring opportunities. This does involve reading the defense and reacting to how they are defending. The better the basketball I.Q the more opportunities you may encounter for open shots.

Is one better than the other?

Each is used depending on which offensive plays or sets a team may use during a basketball game. If I had to choose one it would be the pick. The screen is also massively underused in the junior high and high school levels.

For movement, setting screens away from the ball creates movement on the court and open looks at the basket when properly executed. Some coaches go as far as to use a screen away offense which involves any time a pass is made the two closest players to the ball will screen away.

The pick is superior to the screen, especially if followed by a roll. This involves communication with the center or power forward position to initiate the play. There are so many options for the ball hander to use in which he is a threat to score or assist on an easy basket.

The following are the ballhandlers options after a pick: 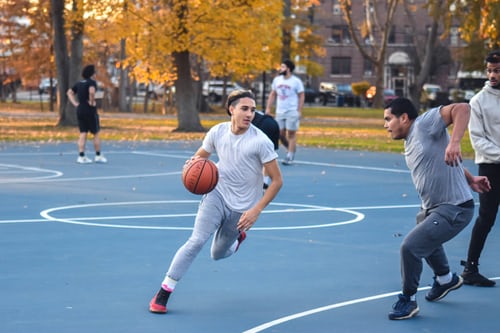 You can why the pick on the ball is so effective and such a threat in basketball. There are so many options as to what a player can choose. It shouldn’t be a surprise as to why John Stockon Leads the entire NBA with 15000+ assists and no one is even close to that. It also helps to have the 2nd leading scorer of all time in the NBA to give you 10,000+ assists. The two were known for the pick and roll offense as their bread and butter.