Basketball shoes have come along way, the look of the shoe used to be the main priority sacrificing comfort on the basketball court. When I think of back in the day and how the marketing was for basketball shoes, I remember big heavy hi-top basketball shoes. Really hard to wear them casually compared to the many types of basketball shoes on today’s market that you can wear for comfort and look.

Can you wear basketball shoes casually? Yes, This is a popular trend in which many people wear sought-after basketball shoes that they showcase on their feet. Basketball shoes are made lighter than ever for performance, on and off the court, and look great with a pair of jeans depending on your own style.

So what makes a basketball sneaker good to wear casually. Comfort, style, or is its popularity. Maybe a pair that doesn’t make your feet hot or are heavy to walk in or maybe you like the retro look. I’ll give you my recommendations on what I think about wearing basketball shoes casually.

If you are interested in checking out the best basketball shoes, then you can find them by Clicking Here! The link will take you to Amazon.com

If you were like me growing up my family didn’t have a lot of money. If I was fortunate enough to buy a pair of shoes you bet that those were the only sneaker I had and wore as my basketball shoes. I didn’t really have a choice. What sucked about it was when it came down to playing basketball in the gym my shoe grip was worn out from everyday wear from outside. You can imagine what it would be like to move on the court with dusty shoes with terrible grip.

Basketball is one of the only sports in which people like you and I can wear the exact same shoes seen on the court that are worn by our favorite players. Wearing the basketball sneaker on the court or off is both trendy and fashionable as its ever been. The basketball shoe is a lot lighter than 30 years ago adding comfort and style which makes it easy to rock with your favorite jeans. 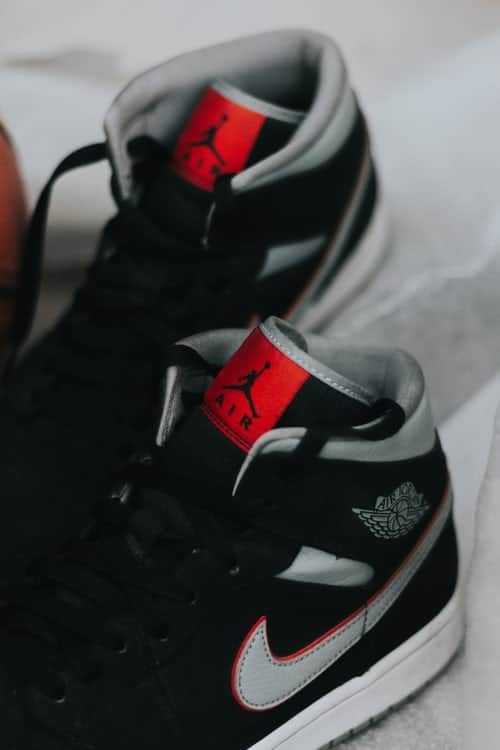 Think of how many players in the NBA that have shoe contracts with various shoe companies for millions of dollars, this wouldn’t be possible if it wasn’t for the supply and demand. What the consumers want is what they get. It use to be women who would boast about how many shoes they have, but men for the longest time have been adding shoes to their collection and it’s completely acceptable.

If you are going to wear your basketball sneaker casually I highly suggest low cuts. Low cuts are great cause they won’t restrict the ankle when walking compared to a high top shoe. Sometimes when wearing a high-top shoe with a pair of shorts the back of the leg and front of your shin starts to get sore and blistered from the shoe and tongue rubbing up on the skin every time you take a step. Always good to get yourself a nice pair of stylish socks to prevent that.

A couple of years ago I bought a pair of Puma running shoes and wore them to play basketball one day after they have been worked in from running and walking during the summer. The grip on the sneaker was so bad that I could only run in a straight line so I wouldn’t fall. Anytime I turned or cut I would fall right on my side. You pay 100 dollars for this sneaker and they’re so poorly made. Again they were a running shoe but make sure you run straight there and back I guess.

The very first basketball sneakers that I could remember that were worn on and off the court was the Chuck Taylor’s made by converse. But they were not the original basketball sneakers, to begin with, they were an athletic shoe by a man named Chuck Taylor who was a professional basketball player and trainer in the 1920s. Converse made several designs throughout the years most notably in the 1970s when they put the all-star logo on the side of the shoe. This was a classic style still seen today.

In the 1950s and ’60s Converse was extremely popular taking up most of the athletic shoe market. Most basketball players wore them, on and off the court and are currently they are more of an off the court shoe for casual wear. The reason being is they are not that comfortable and don’t provide the support that you would need on the court compared to many other shoes.

Converse are extremely stylish worn with a pair of jeans, or even just plain shorts. Low cut or high cut it doesn’t matter. Most people who wear them don’t even know that it was a basketball shoe one time or another as they wear them as a casual shoe. Converse has since made some comfort modifications to the shoe and is comfortable enough to wear casually for walks. I would not recommend running in them as there are better shoes on the market. They are more of a fashion statement like the Air Jordan shoe, not the best for a running shoe either. Clicking the picture below will take you to Amazon where you can see prices if you are interested in picking up a pair.

In the mid-1980s Nike released the first of many Jordan shoes they were a hit from the very first shoe on the market. This may be because when the Air Jordan 1’s came out in 1984, the NBA banned them because there wasn’t enough white on them (YIKES). The rule was a shoe worn by a player must conform to the 51% rule on the shoe which meant the shoe must be 51% white and in accordance to what the rest of the team was wearing. In other words, the shoes must be very similar.

Rumor had it that Nike was paying $5000 in fines when Jordan wore the shoes each game. The next year in 1985 the shoes were available on the market with a few colorways to choose from. This was the beginning of the Jordan Basketball shoe, which later changed the shoe game.  Every time Jordan released a shoe everyone and their momma had to get them. At the time the commercials that Nike put out were extremely popular and even featured movie producer spike lee. 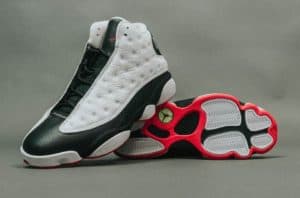 Michael Jordan was taking over Basketball and killing it in the shoe game becoming the number one basketball sneakers to buy. From hip hop stars to Hollywood actors most people were rocking the $300 plus shoes just to show them off, there were no internet websites to buy or pre-order, you either had a hook up to buy them or you camp outside the store. I can remember very few people were actually wearing them to play ball, nobody wanted to crease them and not many people were willing to take a chance scuffing them. You can easily do that in one pick up game.

Again they are known for casual wear and collecting than a performance shoe, most people wear Jordans to make a fashion statement and collect them.

Can Basketball Shoes Be Used For Running?

That’s a stupid question. It really isn’t the older you get the more you are going to feel all the aches and pains in your feet and joints. What I mean is, although I have used basketball shoes to run in the past they generally are not the best and definitely are no the most comfortable on concrete. There are better running shoes on the market.

On the market, you can buy some of the best shoes to run in like the NIKE Free. They are specifically designed for comfort and performance. They are lighter shoe, and if you are running outside you don’t have to worry about taking your basketball shoes inside to play pickup with worn-out grip and soles. Clicking the Picture below will direct you to Amazon to take a look.

Although I am sort of contradicting myself I do wear basketball shoes outside to run and those are the Kobe 8’s low cut. But I have a different Kobe shoe that I wear for basketball indoors. Kobe basketball shoes are pretty light and comfortable and I take really good care of them. When growing up without a lot of money I had to make sure my shoes last. I didn’t know when I would get another pair, so I took good care of them I carry this trait even today.

Can Basketball Shoes Be Used For Other Sports?

Just realize that whatever sport your most passionate about and can afford a good pair of shoes for by all means buy them if you can afford them. It is worth it, I didn’t have internet back in the 1990s to shop online for shoes for the best price.

If you feel that you can wear basketball shoes for other sports then go for it, but understand that if volleyball is your sport, the companies that make volleyball shoes have the consumer’s best interest in performance and comfort for that type of shoe. Sports shoes, in general, have come along with comfort, the technology in these shoes are more than just a sewer.

link to Playing Basketball With Earrings Tips To Stay Safe

Surprisingly when I was in highschool piercings seemed much more popular, then they are now especially for males. I had both my ears pierced during the basketball season and one of my...

Continue Reading
link to Can Basketball Make You Taller? What The Science Says