Basketball is full of traditions and superstitions many of which are changing, such as the case with where the home and away teams sit during a basketball game.

Which side does the home team sit on in basketball? The side in which the home team sits on in basketball is on the right side of the court. If standing directly in front of the scorer table or watching the game on television it is the right side where the team sits on the bench. How you can tell where a team is sitting is, teams start off playing on the hoop opposite side of their bench.

Traditions seem to be disappearing in the NBA, jerseys colors no longer represent the team that is home or away leaving you confused until you hear the crowd scream after a team score. So how do we know whos away and whos home now? Well, now the side in which the bench sits is telling, or is it? 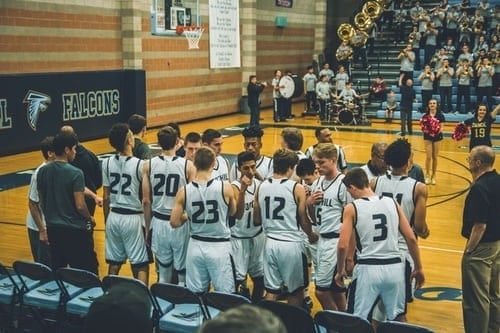 How to tell which side is home?

Since Nike took control and is the official sponsor of the NBA, the jersey colors do not matter for who is the home team anymore. It was always the darker jersey which was the home team and the lighter or white jersey is the away team.

Which side of the Scorer Table Does the Home team Sit on in The NBA?

In basketball, we know that the home team sits on the right side of the scorer table, But this isn’t always the case in the NBA. This could be further from the truth for several reasons, remember how I said traditions are dying in the NBA well they are but it really depends on the arena and how it was built with the location of the home teams locker room.

Usually, the home team’s locker room is closest to the home bench. But again it really depends, if a city has both a hockey team and an NBA team then they are constantly flipping from ice to hardwood, which could impact the location of the locker room relative to the bench. 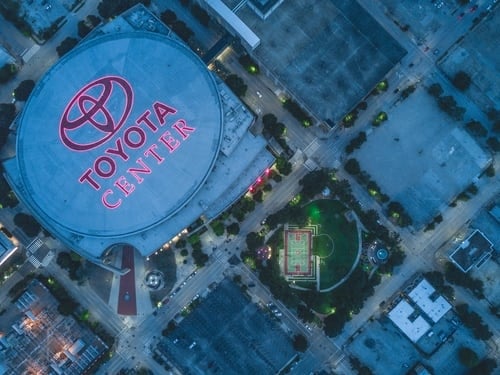 Here is a list of NBA teams, their arena, and which side the home team sits on:

Team/Arena/Side in which the Team Sits

Now you would think that more than ever they would have the home team playing on the right side of the score table because there are no fans and its one central location so technically everyone is home. But it is kind of confusing to still know whos home, without any indication from the jersey or side of the court the home bench is sitting. I mean sometimes they have a small logo on the court but not always the case, there is no official rule to where teams are supposed to sit even in the bubble so confusing.