As basketball fans, nothing is more exciting than knowing that your favorite team is playing today, once you get off work or school you can relax and enjoy the game. But as you are getting ready to watch, you find out they will not be playing due to the game being PPD. You assume it is delayed or canceled but aren’t sure.

What does PPD mean in basketball? The acronym PPD means that a game is postponed and will not be played, in other words, the game is canceled. The game is then rescheduled and played at a later date which may or may not be determined at the time of cancellation. In the past games have been postponed for a number of reasons, severe weather, a pandemic, and even human rights movements that involve protesting for equality.

It is only in the last year we have seen more games canceled in the year 2020 than any other year. The NBA does not like to cancel games unless they absolutely have to. Players’ health, safety, and human rights are of the utmost importance.

Reasons why games have been postponed in the NBA?

It can be frustrating knowing that you expected to watch a game this evening only to find it has been postponed (PPD).

Understand a delay is different than a postponed game, you will not see PPD next to it until it is officially canceled.

Delays do happen and can take a few minutes to start the game to a few hours.

Let’s take a look at some other reasons why games have been canceled and postponed.

The Coronavirus and The NBA

As the NBA has been continuing their season through the pandemic, it is apparent that some of the games are being canceled and rescheduled for the safety procedures the NBA must institute and follow to keep all basketball players safe.

The 2019/20 season was canceled for almost 6 months and then resumed in a bubble atmosphere in Orlando.

It is safe to say that the NBA took drastic measures to complete the remainder of the season while keeping players safe, and it worked.

As the 2020 /21 season has begun we are seeing many games being postponed for a couple of reasons due to the pandemic.

The first is contact tracing, this means that a player was identified and was in contact with someone who has covid or may have covid.

Contract tracing is used to not only keep track of individuals who may have been infected with the virus but also as a way to control the virus.

When this happens to a player they are notified and they will likely have to take a test.

If they test positive they will have to self-isolate for 14 days or more before returning to the team to play again.

What does this have to do with the NBA postponing the games?

If one player was potentially exposed to a person who had the corona virus and they were in contact with some of their teammates then they all would have to get tested.

This can lead to a team having to cancel a game because they need a minimum of 8 players to play and start the game.

This is why games are being canceled right now.

Some may argue that the NBA season isn’t worth it and they may have to postpone the entire season once again until the virus is under control.

The NBA isn’t breaking any health orders in fact they have doctors and professionals on-site to manage the severity of the virus at all times. 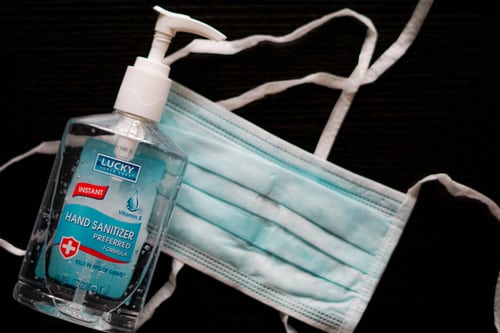 In the past weather conditions have postponed NBA games, rarely does this happen.

On January 23, 2016, was the last game that was canceled due to weather, when a severe blizzard warning was issued by the National Weather Service.

The games that were postponed were the Utah Jazz vs the Washington Wizards and the Boston Celtics vs Philadelphia 76ers.

The games were rescheduled for the following day. In the earlier days of the NBA in the 50’s 60’s and 70’s, it was not uncommon to see NBA games postponed.

The year 2020 can be summed up as a year we would all like to not think or talk about if we had the choice, but also a year we will never forget.

2020 saw it’s share of postponed games due to a strike by the players over the shooting of Jacob Blake who was shot multiple times by a police officer but survived.

The players voted to not play in the middle of the playoffs canceling 3 games on August 26, 2020.

Major league Baseball, Major League Soccer, and the Women’s National Basketball Association canceled their games also, deciding that it was best to make a statement and stop play while demanding a change.

The 2020 NBA season in the Bubble during the playoffs was almost canceled because of Jacob Blake’s death.

Many players said that canceling the rest of the season was necessary, as many believed that the death of Jacob Blake was a tragedy and justice was more important than basketball.

Other reasons for postponed games in the NBA?

Throughout the history of the NBA, there have been postponed games for a variety of reasons.

Some of the reasons range from roof repairs at the Spectrum Arena in Philadelphia (March of 1968).

There was also a postponed game due to a transportation strike in 1953 also in Philadelphia, the main source of travel for teams at the time.

Other notable cancellations of games were: 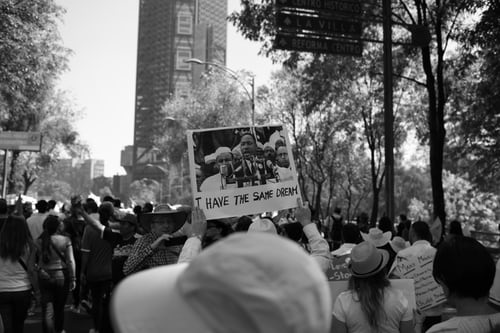 Who makes the decision to postpone games?

The National Basketball Association determines when a game should be canceled.

A team of representatives will decide what protocol to take when they are faced with a potential cancellation of a basketball game due to the following situations we just mentioned.

When it comes to covid-19 protocol the NBA must communicate to the Players Union, which is a union for the NBA players that have the player’s best interest at heart.

Players right now are constantly being tested, but positive results have hit some players as they continue into the 2020/21 season.

Players are told to stay home or in their hotel and not to leave unless it is for practice, workouts or games.

Hopefully, things do not worsen in the league as you can very well bet we will have another canceled season and maybe another bubble.