Backyard basketball games are fun especially with multiple people, H.O.R.S.E. doesn’t just have to be played with just two players, there are multiple ways to play also.

This is an excellent game that can have many players involved in this backyard basketball game. How many players is too many? This will depend on how difficult it may be to keep track, but as long as you can keep track of the order of the players the more the merrier. 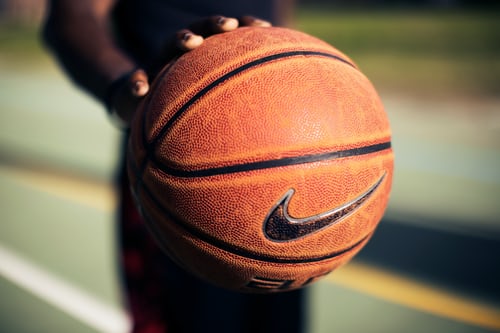 H.O.R.S.E. requires a basketball and hoop at most, you can have as much equipment as you want. You can determine if you want to add props like a chair or other sports equipment to the game just decide the logistics of the game before starting. Here are some things you might consider when it comes to the game:

Rules of Horse Basketball With 3 or More Players

The object of the game H.O.R.S.E. is to be the last player to not spell H.O.R.S.E., which means any time you miss a shot attempt you receive a letter.

At the beginning of the game determine the type of game it will be, this can be:

The game of H.O.R.S.E. involves creativity to make it difficult for the players you are playing against to miss the shot. When you create a shot it is up to the other players to make the shot so they do not receive a letter, as spelling out the word H.O.R.S.E. you lose. Miss 5 times you receive 5 letters in this case the word H.O.R.S.E.

1 – To start out determine who will go first, this will be done by every player shooting from a designated spot. This can be from the three-point line or the free-throw line, or a common spot on your court. Decide the order in which the players will shoot. 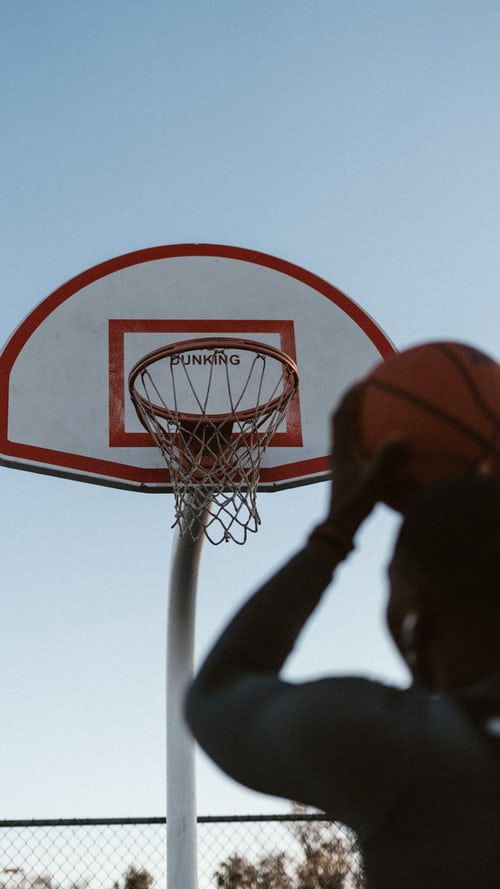 The rotation for 3 or more players example:

Mike shoots first, Greg shoots second, Frank shoots 3rd. When Mike misses now the rotation starts with the second player which is Greg. Greg first, Frank second, and Mike 3rd. If Greg misses his shot then Frank is next to shoot and the rotation is Frank first, Mike Second, and Greg third. Then it’s back to Mike being first after Frank misses.

2- The first player will go first and will attempt a shot, they must tell the other players what they will be attempting to do before they shoot the basketball, they must do this so the ball doesn’t happen to go in by accident.

If the player makes the basket, the players in order will attempt the same shot, they only have one attempt to make the basket. If they make it they do not receive a letter, if they miss the shot they get a letter. Anytime the first player in rotation makes the shot he continues to shoot the basketball after each player had a turn to match the exact same shot.

3- When the first player in rotation shoots and misses the shot it is the next player’s turn in line to shoot the basketball for everyone else behind him to match. Miss and get a letter, match,and receive no letter.

5- When You have three or more players and the player makes the basket, the rotation will be the same as it was determined at the beginning of the game. 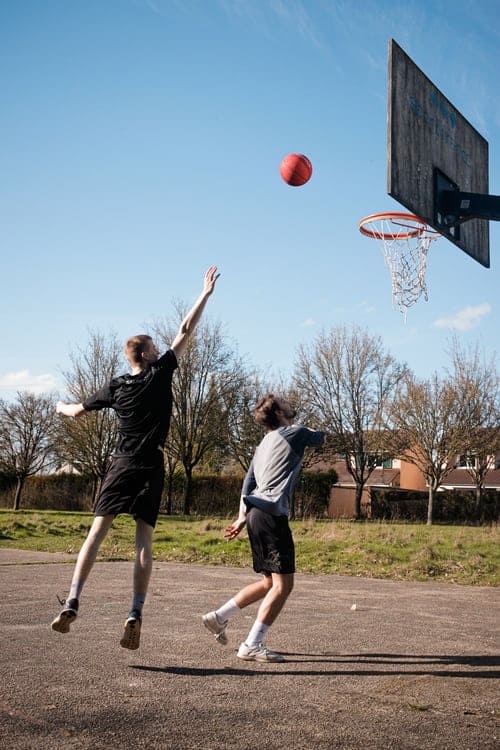 Why is the basketball game called Horse?

Not many people know why the game is really called horse, many people have their own theories. Cowboys used to play similar games roping dummies called horse. Could it be due to a horse race in which horse jockeys, jockey for position for their spot at number one? Maybe the game of horse in basketball is a difficult game where anyone can take the lead and still lose at the end.

No one really knows where the origin of horse came from although we know it is a really fun game in which if your good and creative at trick shots you will have a major advantage over your competition. Some say it has everything to do with Horse Racing others the simplicity of the five-letter word Horse that every young child was taught growing up. It still remains a mystery. 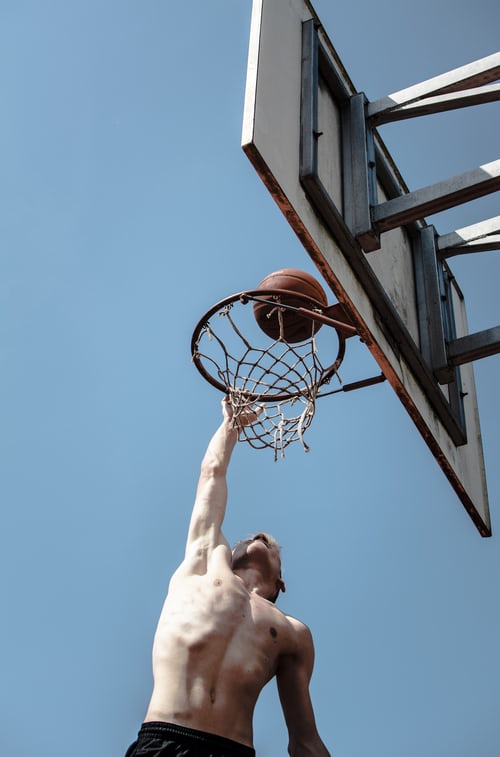 Can you Dunk in Horse?

Can you dunk in H.O.R.S.E you ca but if your a basketball player that is playing against players who can’t dunk in a game of H.O.R.S.E. it would be an extreme disadvantage to the other players and it really wouldn’t be that fun, yes you would win the first game but probably be the last game also you played. This is why rules need to be determined before the start of the game.

I will say playing H.O.R.S.E. on lower basketball rims is a lot of fun, while you have to use your imagination to come up with some creative dunks it is well worth the effort. As long as everyone can dunk the lower rim it makes for a much more fun game.

Can you dunk in horse? It will be dependant on the rules in which you decide at the start of the game, usually, it is rarely played at the height of ten feet, as not all players can dunk a basketball on a regulation size hoop.