Time and time again people are so confused about the rules of the game of basketball. I and many others have played basketball for many years and can somehow come to a disagreement in a pickup game with another player as to what the correct call is.

Can you save the ball to yourself in basketball? Yes, but only if it is a loose ball you can save the ball from going out of bounds and come back in bounds with both feet established on the court and not touching the out of bounds lines, you may gain control of the ball without being penalized.

But it actually isn’t that simple, this sometimes can be confusing but with some examples, it will be easier to understand and if similar situations happen to you while you play you will be able to defend yourself next time in a pick-up game.

Saving The Ball To Yourself In Basketball? Official Guide

Unless you play prison rules, like me you hate when people knowingly cheat or don’t know the rules to the game of basketball while you are playing a winner stay pickup game. It doesn’t help that college rules are different than the NBA and the NBA is different then Fiba Rules.

Fun Fact: Prison Rules – There are no rules.

Because most people watch the NBA and play using the majority of the NBA rules in a pick-up game, we will take a look at what the official rule with examples really tells us according to the NBA rule book.

Another Fun Fact: FIBA RULES – Used in Euro leagues, Canada and other parts of the world. 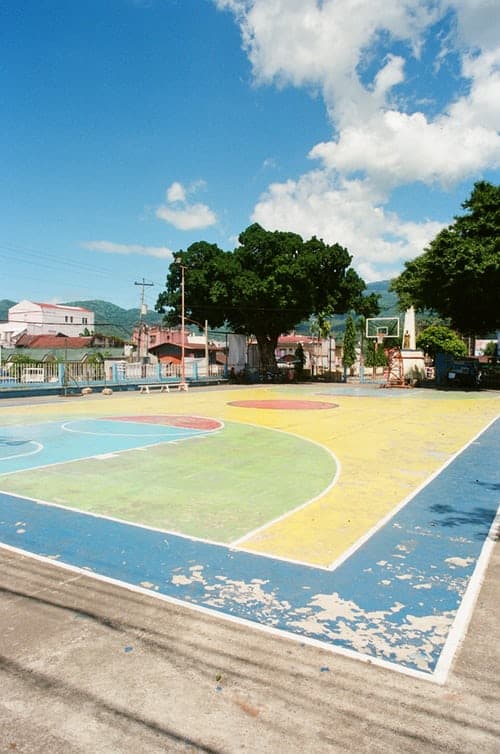 Out Of Bounds Lines

The lines on a basketball court are painted 2 inches wide. The out of bounds lines both length and width are 96 feet by 50 feet. At anytime you step on those lines with the basketball you will be called for out of bounds resulting in the other team’s ball.

RULE NO. 8: Out-of-Bounds and Throw-In

According to the NBA rule book at NBA.com, the out of bounds rule is as follows.

The player is out-of-bounds when he touches the floor or any object on or outside a boundary. For location of a player in the air, his position is that from which he last touched the floor. The last part of the foot/feet which is in contact with the floor on his last step prior to jumping over the midcourt line or three-point line shall determine his location.

So to break this rule down a little further let’s start with the first sentence. The player is out-of-bounds when he touches the floor or any object on or outside a boundary. A player may try to save a ball from going into the stands where there are people spectating. Technically if the player puts his hand or foot on the spectator in the crowd or even the scorer’s table and then grabbing the ball to save it, they will be called out of bounds.

Next sentence, For location of a player in the air, his position is that from which he last touched the floor. So many times players try to save the ball from going out of bounds but are unsuccessful because where they plant their foot to take off to save the ball, and it is on the line. This results in an out of bounds call.

Last but not least The last part of the foot/feet which is in contact with the floor on his last step prior to jumping over the midcourt line or three-point line shall determine his location. This basically states your allowed to cross half court without being penalized as your last step is what counts not first.

person, the floor, or any object on, above or outside of a boundary or the supports or back of the backboard.

This is pretty straight forward, this refers to anything beyond out of bounds that is touched by the ball including the supports and back of the backboard.

(b) Any ball that rebounds or passes directly behind the backboard, in any direction, or enters the cylinder from below is considered out-of-bounds.

If the ball goes over the backboard or goes in from the bottom of the rim is considered out of bounds. 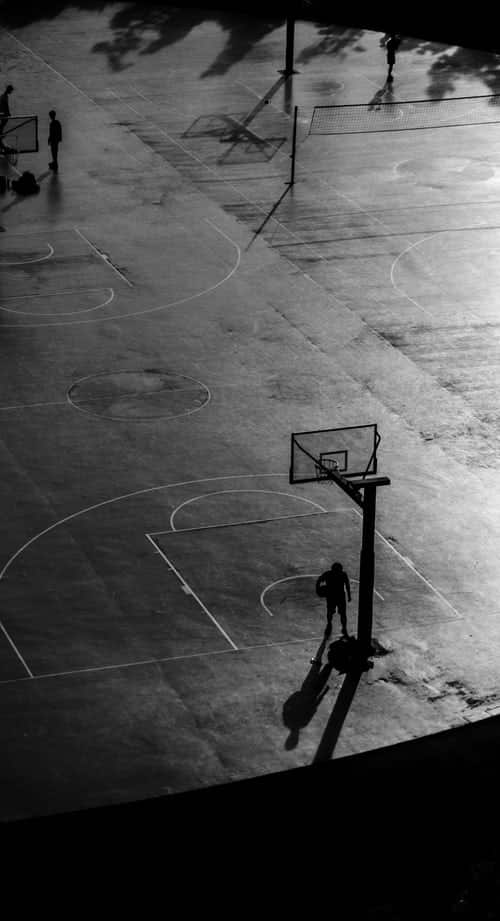 Last player to touch the ball even if it touches the player’s hair or jersey including the player stepping on the out of bounds line or causing it to go out.

A jump will be called if officials did not see who it went off last between the two players.

(e)If the ball is interfered with by an opponent seated on the bench or standing on the sideline (Rule 12A—Section II—a(7)), it shall be awarded to the offended team out-of- bounds nearest the spot of the violation.

No players may touch or interfere with the ball, that is not in the game playing or it is the other team’s ball.

You can not purposely dribble the ball, go out of bounds and come back like an AND 1 Mixtape. I have used this move several times, you try to get around your opponent on the baseline but he’s cutting you off. You push the ball past him on his left side and go around him on his right side meeting the ball just behind him. It is illegal to do this if you go out of bounds and come back in.

There is actually no section in the rule book for loose balls, this is a judgment call made by the referee basically combing a few rules in the rule book to make the call. Again if they can’t come to a decision of who touched the ball last then it simply goes to a jump ball.

Perception is important in basketball I always tell the players I coach it just has to look like a foul, you don’t even have to touch the player. Loose balls are no different. If you are dribbling the ball and lose control, but the player touches it and you still look like you aretrying to recover and control it but it still goes out of bounds. Well, guess who’s ball it is more than likely going to be. Not yours. 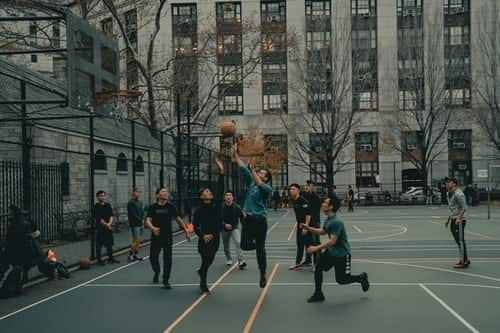 Why Don’t They Have a Section In The Rule Book On Loose Balls?

Loose balls are too situational the NBA could probably write a whole book just on loose balls. Watching the NBA playoffs I’m constantly seeing every game going to video replay in the last two minutes of the game because the referee was unable to see who touched the ball last underneath the hoop.

Examples Of When You Can Save The Ball to Yourself?

If you’re dribbling the ball and lose complete control of it and it’s going out of bounds you may tap the ball back in before you step out of bounds and regain control as long as you have both feet established in bounds.

If a player knocks it out of your hand you may do the same thing above, but understand it is better to just let it go out of bounds.

If a bad pass is thrown to you and it’s about to cross into the backcourt you may save the ball to yourself, again feet established before touching the ball. Your hand must not touch the ball until your feet are established on the court.

So an easier way to explain this Article in one sentence. As long as you don’t voluntarily run out of bounds you can save the ball to yourself with both feet in bounds before touching the ball.

This concludes the article, hopefully, now you can justify a call with the knowledge you learned here that you read. Check out my other content below.