Recently while playing basketball on the driveway with a friend, I discovered the answer to this question. The ball had rebounded off the rim and down the driveway’s slope picking up speed towards my car. Resulting in hitting the hood of the car and making a loud *THUMP sound*!!!

Can a basketball dent a car? Yes, it can, even though a car’s body is made from aluminum and steel, a basketball can dent a car when the ball is dropping from a basketball rim that is 7 to 10 feet. An average men’s size basketball that rebounds off the rim, can bounce several feet higher than the height of the rim. This may cause it to descend faster down the higher it is which would create more force.

There are a number of other factors that could cause a ball to dent a vehicle. But not every time a basketball hits a car will it will do damage to it, but please error on the side of caution when playing basketball on your driveway if there are cars around.

Can a basketball dent a car?

My car wasn’t affected by the basketball, but isn’t it funny we always tense up and cringe when the ball is heading towards a car as if it were a bouncing rock. We get this feeling but are still uncertain if any damage can be done because most often than not the car is ok or is it? Here’s what I found after some research that I had done.

Basketballs are made of either leather or rubber, most often than not playing outside on the driveway, you are going to be using a rubber ball instead of a more costly leather ball. If you ever played with a leather ball on cement such as the Wilson evolution basketball, it might not last more than a week due to the leather bouncing and rubbing off the pavement. 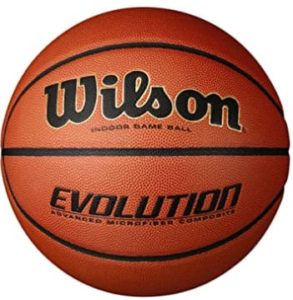 The average size of a men’s basketball weighs approximately 22 ounces or just over a pound when it is inflated to around 8.5 to 9 pounds and is 30 inches in size. There are usually instructions that come with the ball on how much air is required or PSI which stands for pounds per square inch. Click Here, for a guide to inflating a basketball correctly.

At 9lbs you are looking at a fairly bouncy ball that if when you do miss it rebounds off the rim much higher then the rim itself, and increasing the force needed to cause a dent to a vehicle if it hits it.

I recommend filling up the ball to around 7 to 8 psi so the ball is more forgiving when it comes off the rim and is slower so that if you do need to save it from anything fragile you have time to do so.

You would also build up your confidence as you would see the ball go in the basket more often because it’s not as bouncy. The height of an outdoor basketball hoop can range from 7 feet to 10 feet depending on what type of rim you have such as an adjustable rim where you can set it to your liking. The height of the rim plays key to the shot becoming a rebound and usually travels higher than the rim by many feet.

Think of the ball hitting off the rim and shooting upwards now traveling back down. The higher the rebound the more time the ball has to travel and gain speed towards the ground. All these factors play a role in the impact of a basketball possibly causing a dent in a car.

Can the Basketball Scratch a Car?

I use to work at a local car wash when I was in high school. My job was to dry the cars after they came out of the wash. At the time it was a fairly new car wash that the owners opened up across the street from their car dealership.

The owners were new to the industry and didn’t realize that for the last 8 months of being open the rags we were using to dry the vehicles even though they were damp rags, were scratching the vehicles. It was until a detailer showed them under the right angle of light that this was the case.

So can a basketball scratch a car? It may be difficult to see but you bet it can. A basketball can leave a mark where the car is a little dirty and you can wipe off where the basketball hit and there should be no damage.

Other times it can leave a scuff and a scratch, depending on what kind of ball and the angle which the ball hits the vehicle, think of a sideswipe. The rotation of the ball hitting a car could leave a fine scratch but shouldn’t be too bad that it couldn’t be buffed out or polished out.

What Are Car Panels Made Of?

Not all car panels are made the same, different car manufactures will use steel or aluminum nowadays for the body panels of a car. Steel is heavier and denser when compared to aluminum. Although a basketball could dent both materials. When Car companies are constructing their cars, dent resistance is very important to prevent damage to the panel. I did some research and in general the flatter the panel is the more of a chance it has of being dented if something were to hit it. 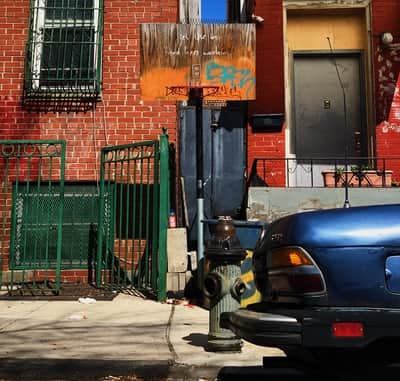 Now if the hood was replaced at some point in the vehicle life it would be aftermarket. Aftermarket hoods are not made the same way as the original equipment model otherwise known as OEM. Aftermarket hoods, to cut costs are made of Fiberglass, carbon fiber, or dry carbon. They are cheaper because they are weaker materials.

When the ball bounced down the driveway hitting my car’s hood, it was probably the worse spot for it to hit on my car as the hood on my vehicle is the flattest of all panels. The roof on some vehicles is another place that is also flat and on some cars made up of sheet metal.

Other metal materials also are used on the roof to cut costs and not all the time is the roof made up of steel or aluminum. I could remember my mother’s 1994 Pontiac Sunbird and a ball hitting the roof of her vehicle. The roof of that car when the ball hit it sounded like a baking pan if you were to hit it with a wooden spoon.

The Speed of Your Shot?

The speed of the ball can vary based on each shot taken, if you were like me when you were in junior high and

high school you played on adjustable basketball rims and you would put it on a height where you would imitate your favorite dunker like Vince Carter. The rim was low enough to attempt any dunk imaginable.

This one time I tried to dunk the ball so hard it hit the back of the rim and came out hitting the roof of the house. Now if that ball traveled towards a car I would run and not look to see the end result because it would be sure to cause some damage. All jokes aside be careful with those dunks.

Sometimes the ball takes funny bounces as well, it hits the curb after it goes in or hits the base of the hoop that the adjustable rim stands on to keep it from falling over. When it hits the perfect spot on the curb or base it shoots back fairly quickly.

Some other considerations are how far from the rim are you shooting from, your arc, and the type of shots you take such as long shots from the edge of the driveway and the 360 dunk attempts. 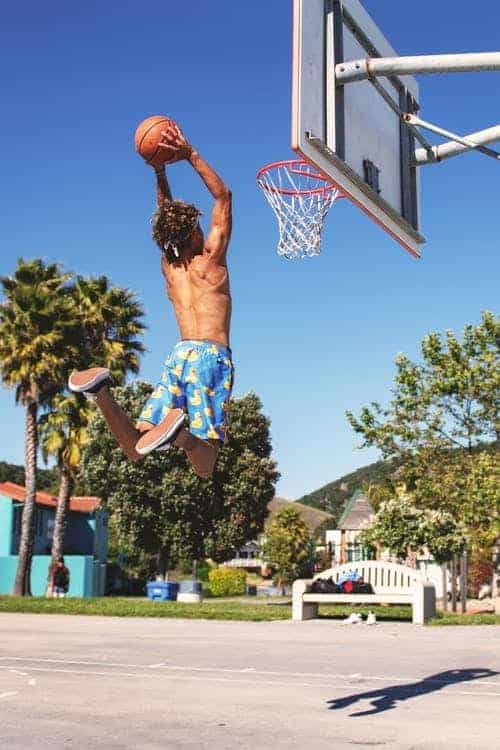 If your neighbor’s vehicle is near your hoop because the driveways connect side by side or the houses are closer together, you can politely ask the neighbor to move their vehicle as you don’t want the ball to hit their car. If you feel they will say no ask them that in return for them to move their car and you would take out there garbage or mow their lawn on a weekly basis. Just make sure the agreement is they have to move their car clear from the hoop. It would be worth it especially if in the summer you are going outside to shoot hoops a few times a day now that you have more time off because of summer break.

Other Options To Avoid Property Damage?

On the market, they have a net that catches the ball from going past the basketball hoop protecting anything that may be behind the hoop such as a garage door or vehicle. It also acts as a ball returner, you can click the picture and it will take you to Amazon where you can see the price and other options.

The only issue is if the ball goes over the backboard which I don’t see being a problem given that you followed my recommendations for the number of PSI to fill the basketball.

Another option is a ball returner by Spalding its called the “Back Atcha Ball Returner” and is fairly inexpensive Click Here for the price on Amazon it’s a device that hooks on to the rim and when the ball goes in it rolls off the chute and comes back to you. It returns the ball only when the ball goes into the hoop and controls the speed of the ball as it rolls back to the center of the court or driveway in most cases. If you are playing off a curb and the ball frequently hits the curb and shoots back quickly this may be an option.

Understand people value property and possessions as if it is an extension of themselves. This can lead to arguments and confrontations. My last bit of advice is, be honest, and respectful with your neighbors even if your the one watching them play from your window. Express your concerns before they are problematic and speak to them like a mature person, it is not a weak move. Remember you live next door to them and will be for quite some time, so you may as well make sure you get along.